An ongoing search for civil war artifacts continue. The site is a known Union Cavalry Camp possibly connected to elements of the 5th,6th and 7th Michigan Cavalry given somoe of the artifacts recovered over the years. There is a race agaisnt time because as of March the site has been undegoing constructuon for a new housing development. Unfortunately this means a loss of flora and fauna as well as the destruction of an American Civil War site.

The site has been hunted for at least 30 years possibly even longer. Informal interviews I have had with people who have hunted the site tell me that among the artifacts found the most intrguing have been items like bugles, a few state buttons such as Michigan, Rhode Island and New York but also numrous general service buttons. A few plates havce also been found such as a recently dug US buckle, some eagle paltes (during the bull dozing phase) and only one sword plate which I found back in the late 1990’s. We are certain this is a cavalry camp. The ammunition we find all are indicative to cav troopers. A variety of 44. cal bullets such as Barthelows, and Colt variants – quite numerous. Sharps, Spencer and Burnside Carbines are also quite abundant and which might point towards evidence that this is a mid to late war camp given this type of ammunition. Three ringers and .69 cal round balls are occaisionally found but not as abundant as the former mentioned bullets. We also have found horse harware iron roller buckles etc and spurs, pieces of swords- pommels and hilts, hat letters and insignas such as the crossed sabers and carbine sling hooks and swivels. But the most significant recoveries have been ID items. Brass stencils bearing soldier names and units were some of the earlier finds when the camp was hunted back in the 70’s and 80’s. During the 90’s two ID disc were found both identifiyng soldiers of the 5h and 7th Michigan Cav Regiment. IF I am not mistaken those are regiments of General George Armstrong Custer’s Brigade.

The one ID disc clearly identified the soldier as William P. Snow of Flint Michigan. I did some basic research on him and found out that he originally enisted in the Infantry but after a short period became ill and was hospitalized. He recovered and somehow was able too transfer to the 5th Michigan Cavalry. He was wounded at Brandy Station -shot in the butt from what I can tell from his medical records but did survive the war.
About the Camp: 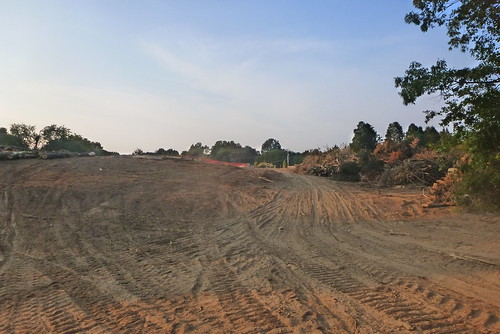 The camp from what I can tell exist on about 20-30 acres of land with rolling terrain. There is a creek (Difficult Run also near by) towards the rear and there were numerous Mills in the area but no longer exist of course. Many large trees which have since been dozed age and type I do not not know but they were quite large. The soil is real rocky. There so far doesnt appear to be any sign of a latrine or trash or fire pits. We do find the remains of rusted straps that may have been associated with wooden supply containers. As of recently I discovered what appears to be the firing range given that there are 100’s of pistol bullets shot into a bank along one o the rolling hills. 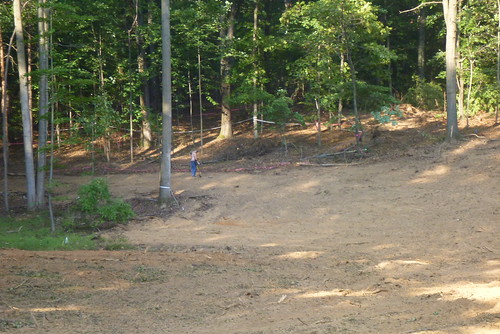 (above view showing man detecting the firing range)
So far no evidencce of any other types of bullets from another direction which would indicate a fight with the Rebs. Unfortunately the hill is almost gone today I could see that a silt pond has been dug through a portion of this area. 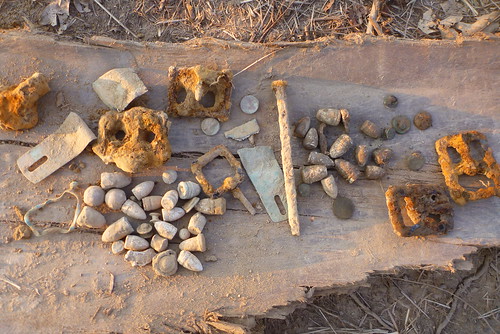 Eastern Hognose Snakes are one of the most fascinating snake species in our area. The come in a exhibit a variety of color patterns from nearly all black to combnations of black yellow orange and gray. They are most famous not for their variable color patterns but for their interesting behavior when one encounters them (Watch the videos).


Eastern Hognose Snake
Watch this video on YouTube.
So far I have encountered three hognose snakes this year. Unofrtunately one was a roadkill and the other suffered what appeared to be a mortal wound from a car and most likey died not long after I picked it up from the road. The only living one I found was an adult black variant on July 5th in a stream valley while I was out looking for Wood turtles.

I remember leaving the wood turlte site with the feeling that I was going to see a hognose today. Well it happened but not in the way I expected. When I initially saw the snake I thought it was a black racer. The animal had the upper quarter of his body perched up on a log and the rest of his body streeched on the ground behind it. I could se from a distance that it had a white throat and all other indications pointed our to me that this was a one of our common black snakes. So I carefully stretched out my monopod to take some film of the “racer”. Knowing too well that the snake already spotted and would flee if I tried to get closer and capture it. So instead I decided to film it using my monopod and my point n shoot attatched at the end to get a cloe up shot of the animal. Expecting the snake to bolt I stretched the monopod as far as it would go, turned on the video and proceeded to stick the camera as clsoe to the snake as possible. Instead of fleeing as I expected would happen the snake just stayed put. So I took a chance to move in closer and try to catch it. As I moved closer I could see the upturned snout then realized I had found a hognose!! 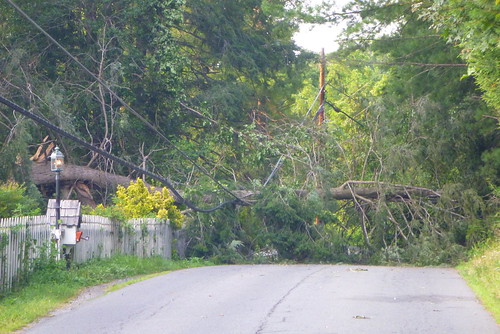 Trees down and blocking the driveway along Neuman Road in clifton. The result of what was reproted to be the worst storm in VA history. The storm was quick moving but produced winds in excess of 70 miles per hour at times. 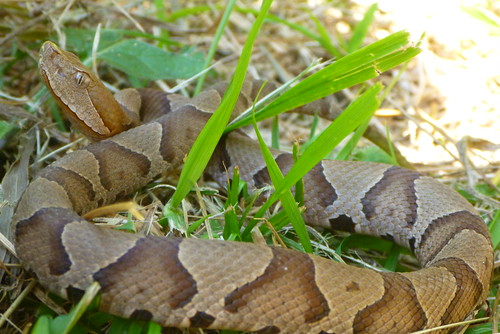 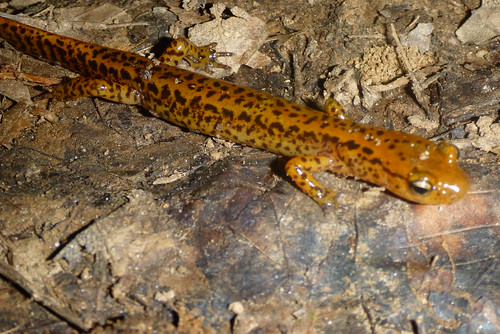 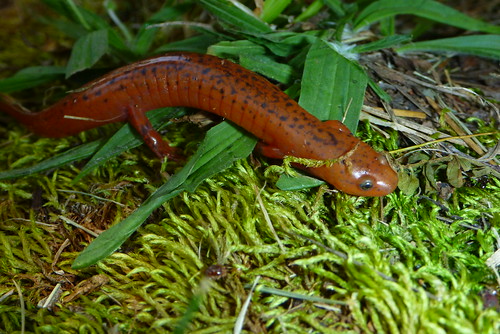