Mike stumbled upon these pair of small native VA snakes among a rocky outcrop. both are examples of some of the smaller harmless snakes that can be found in our county. The worm snake (reddish brown) is very common and is one that we found on almost every outing. The other – the smooth earth snake has eluded us for a couple of years but for some reason we have both had an opportunity to find two this year- although in different locations as well as under different circumstances. My discovery occurred when I was flipping pieces of plywood near an old shed. Mike found his under natural settings. In both cases they were accompanied by other smaller snakes such as ring necks and northern browns. 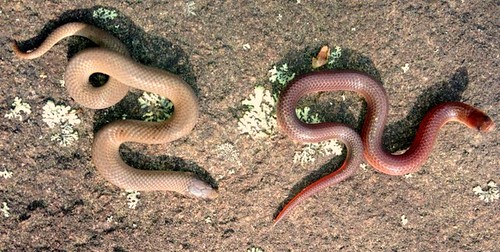 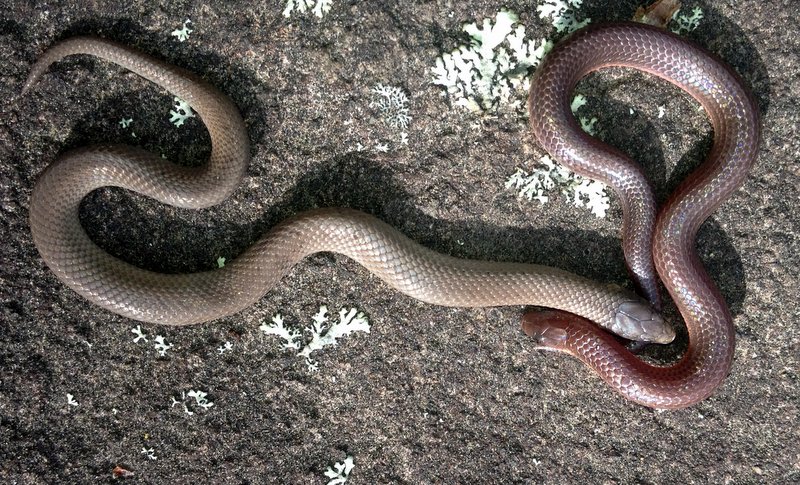 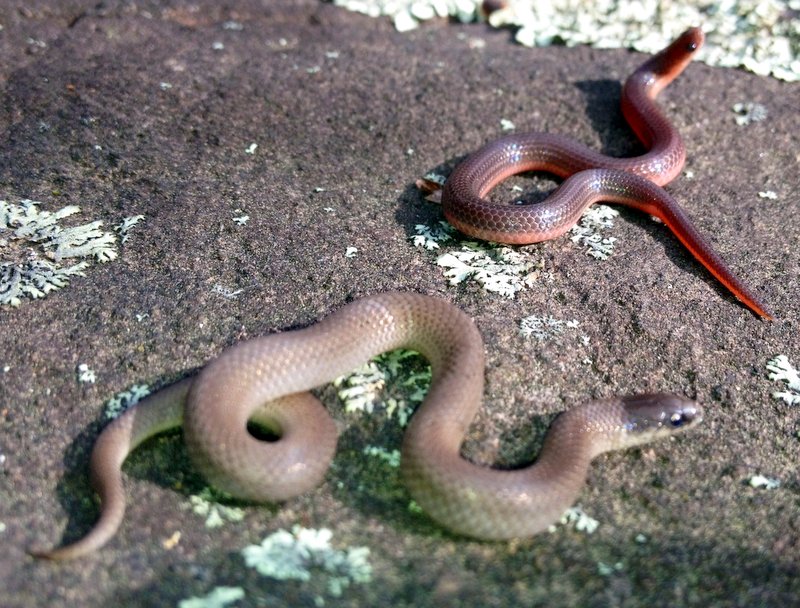 A great week for herps. nighttime temps around 50-60 degrees with daytime highs in 70’s. The week started out with some nice finds (see previous entry) a combined total of 22 snakes 6 different species one of which a newby for me – the smooth earth snake. 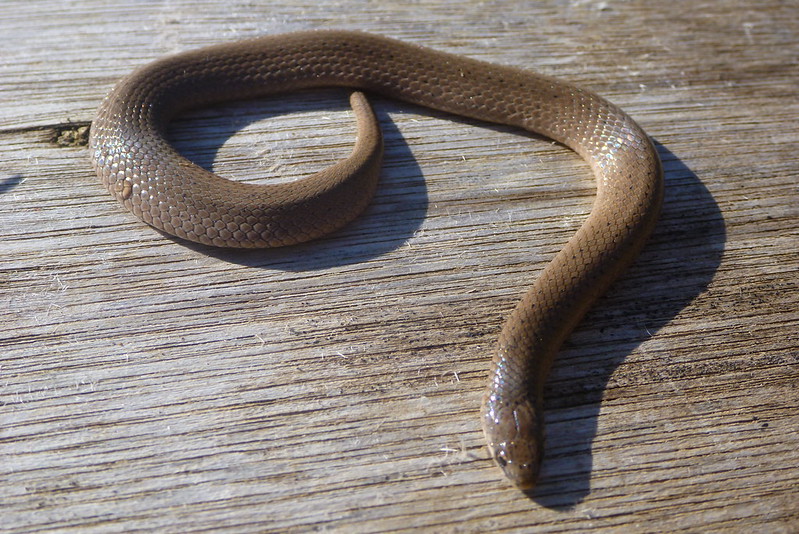 All of the species were found in Fairfax county but in different locations and habitats. The larger species of Mole kings and northern black racers were found in open fields with the exceptionof one juvenile racer found under an old car door in a wooded area. All of he snakes were found under artificial cover consisting of pieces of metal and plywood. 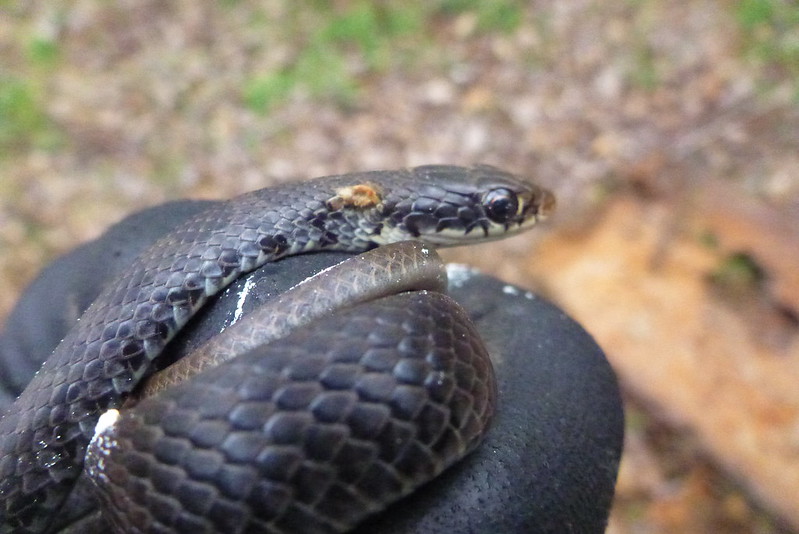 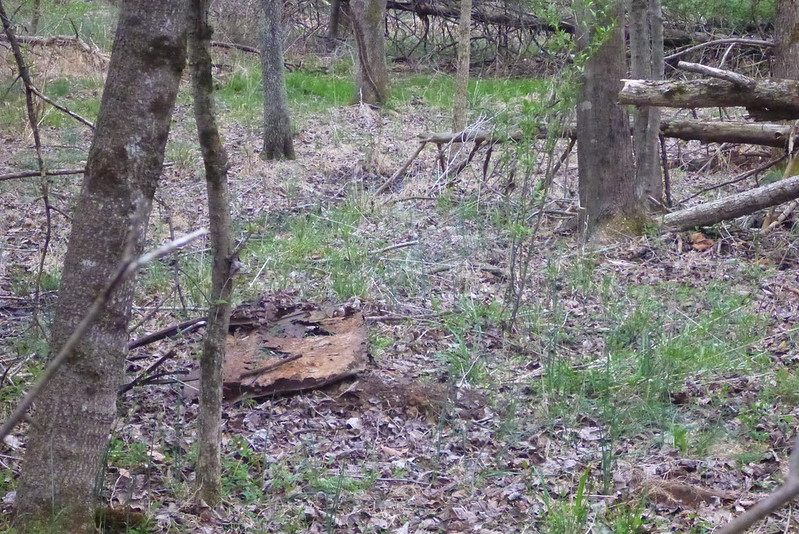 One exception an eastern worm snake was recovered under some pine bark on the forest floor. 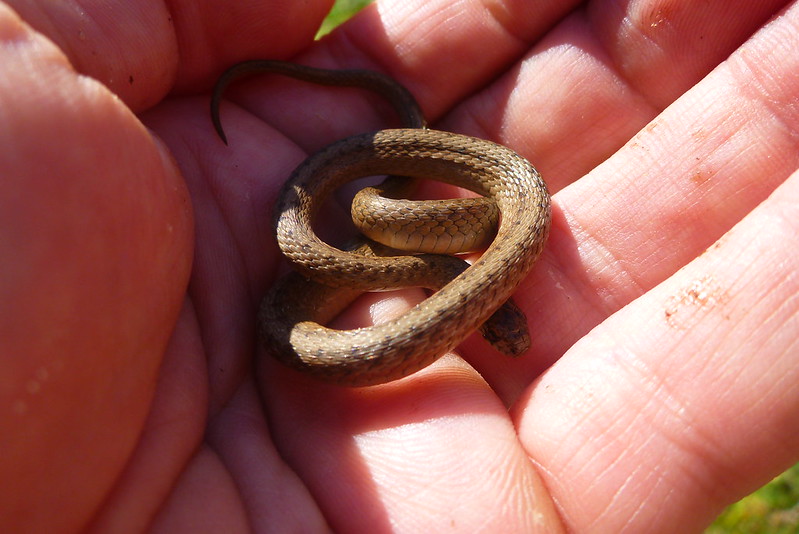 The smaller snakes were found in different locations. The smoth earth and the northern browns were found under plywood.

The ring necks under flat rocks sometimes as many as four at a time. 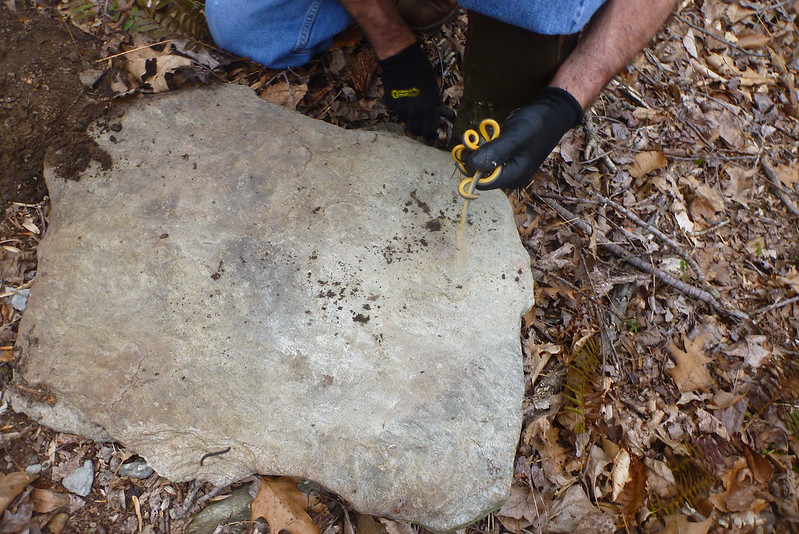 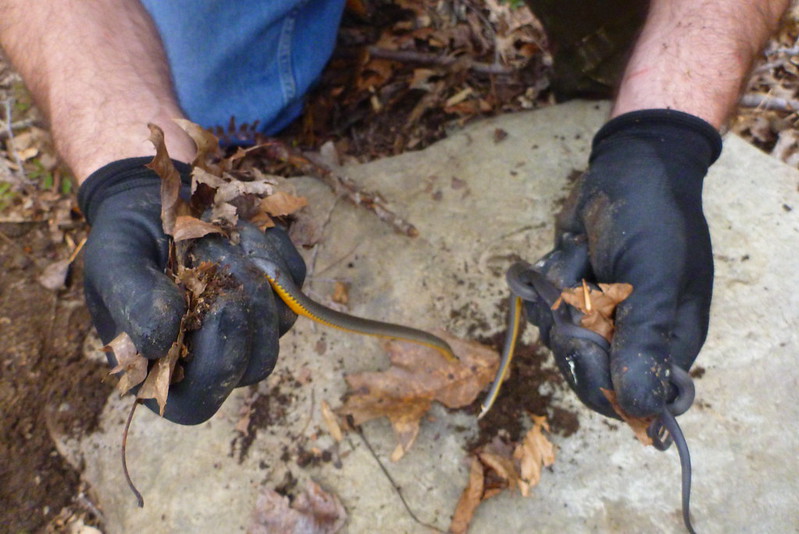 I also found about 8 skinks none could be positively identified but my guess majority of themwere five lined and possibly a broadhead or two. The phibs were less numerous. Several two lined, a dusky and gravid female spotted salamanders as well as one cricket frog and one american toad. All found in their natural habitats with the exception ofthe toad which was occupying the same piece of plywood the skinks were found. Chorus frogs were heard but none captured. 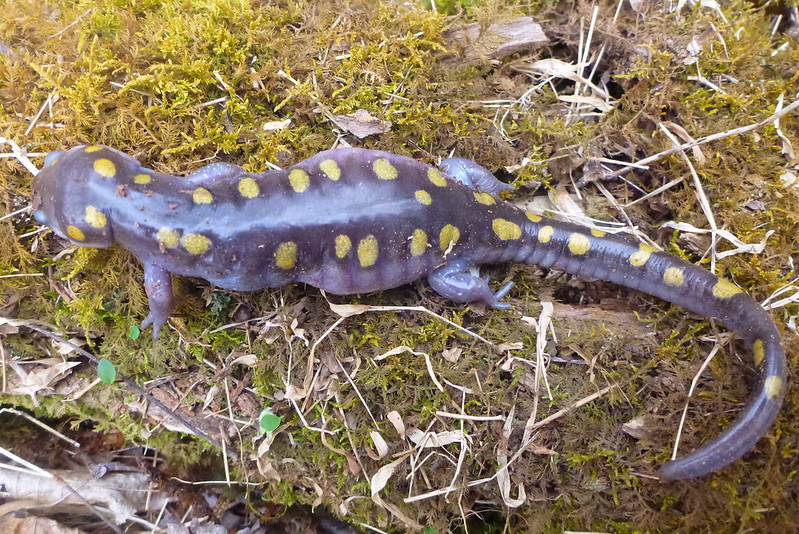 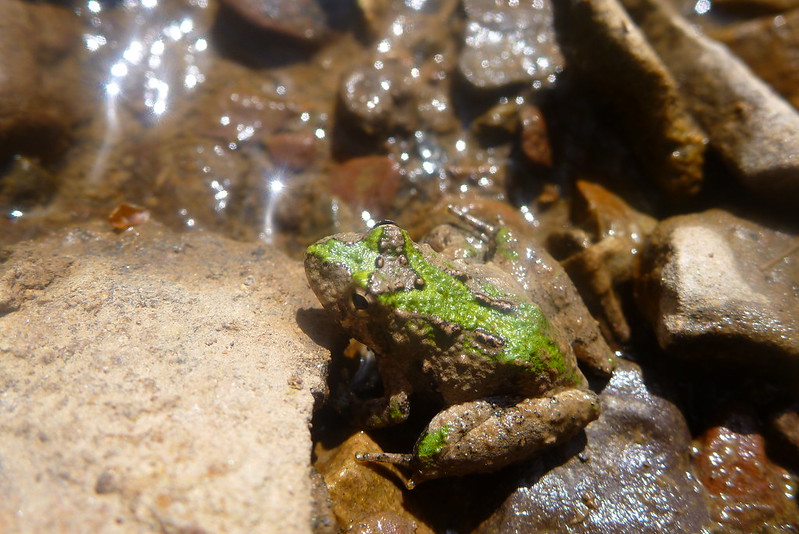 Below is an excellent example of a Virginia Native Snake exhibiting defensive behavior. This species is harmless but is often killed for a number of reasons. One its looks scary and two because of this unusual behavior it exxhibits when confronted or handled. 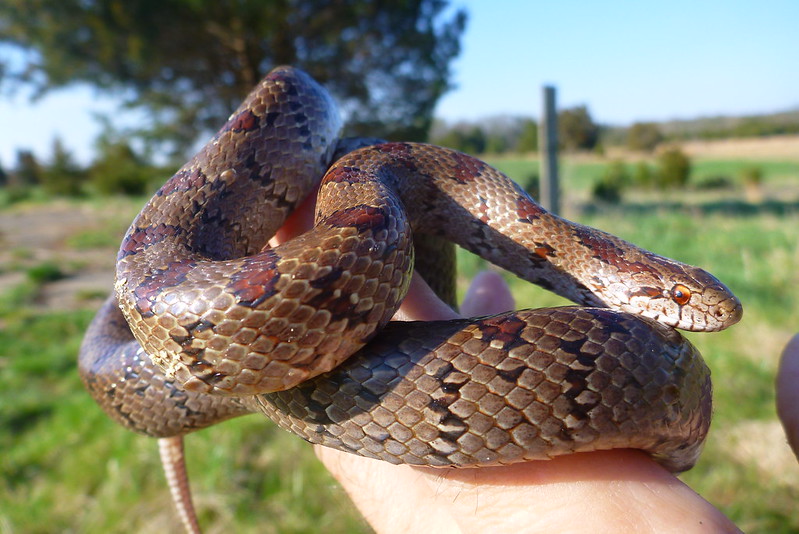 Spring this year seem to arrive later than last year. Several trips to go on a decent field herping excursion had to be scrubbed due to cooler than normal temps. Over the past week the emps rose suddenly as a warm front moved in bringing with it again unseasonable high temperatures for seeral days in a row. Night time lows remained in the 40’s to 50’s and with a heavy stint of rain and a return of the sun and temps to the id 60’s made today (Saturday 4/13/13) nothing short of perfect for field herps here in Northern VA.

Mike and I spent about two hours in the field at first searching the horizon for migratory birds and raptors. We saw some kestrels and one Great Egret. Never seen a great egret this fart away from water before. Our first cover board yielded a beautifully pattern mole king snake. We took our usual photos of the snake then let it go where we found it (as we usually do. We never collect the animals).

We soon turned our attention to the old structure that once was a barn and searched around it under the debris of tin and wood that surrounded it. Mike fliiped a small rectangualr piece of tin of which produced a moderately sized northern black racer. 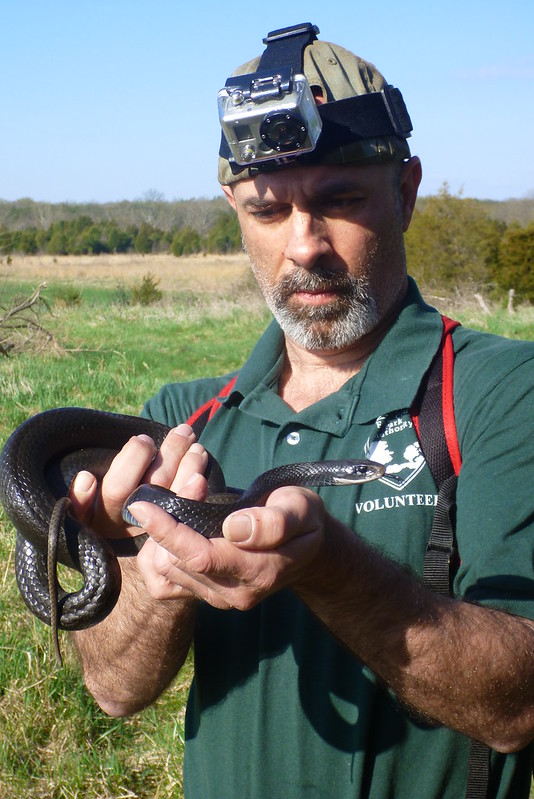 Moving on to one of our regualr spots that historically produced kings racers and large rat snakes but quickly discovered that the stream we cross to get tour destination was flooded from the rains the day before. Chorus frogs coul be heard in the wetlands adjacent to the stream. Normally we would just trek right across but given we both only had limited tme and had previously scheduled engagements elsewhere and no time to change we opte not to.

Mike however suggested anotehr spot he found on his own a few weeks earlier when he was birding. It was the remains of an old house with several outbuildings incldung a a large barn. All of which were in a sever state of deteroiration. Perfect for our purposes though and so we proceeeded to survey the area. We decided t ocut through some woods while enroute to the new site flipping some logs. In the wooded area was a sll debris pile where we found an eastern worm snake under some cover Mike laid down the last time he passed through. 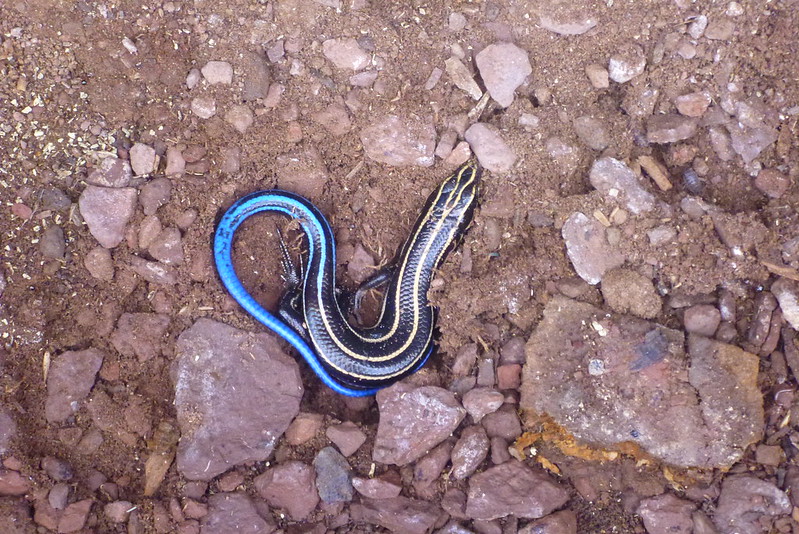 Leaving that spot we came upon a small tributary that fed into the creek we could not cross earlier. On the bank Mike found a decent Northern brown snake. 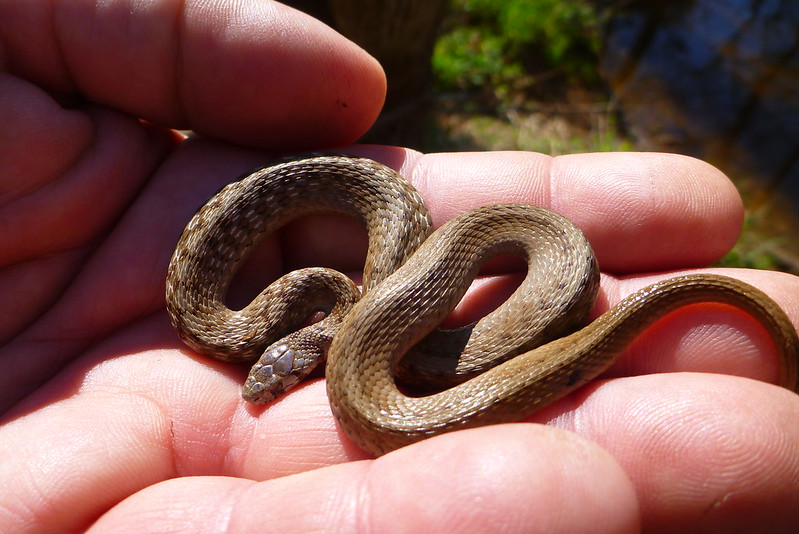 Leaving he woods we hopped onto a road bed borederd by cedars and some mixed hardwoods and pines. Mike said that he had seen a great horned owl at this location while birding a few weeks earleir. No sooner had he said this the owl appeared in flght right directly in fron of us.

WE finally came upon the property that had the old house and outbuildings. Almost immediately Mike stumbled upon a large racer on the edge of one of the buildings next to some plywood. I quickly answered with another large racer just a few feet away. After admiring the our catch we took some pics then released the animals back where they were found. Going into one of the buildings I found some wood and other debris on the floor and started flipping. Found one juvenile five lined skink still in hibernation as it never moved from its resting position. 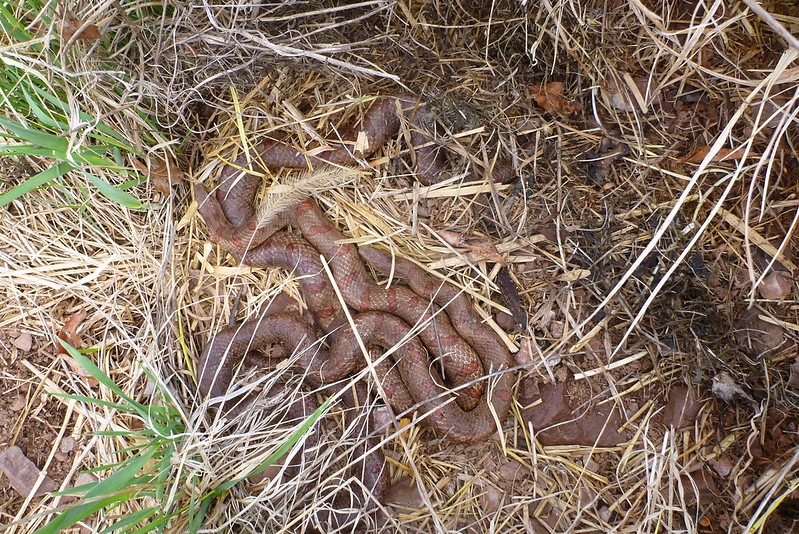 I took a few pics then carefully and gently layed the cover back over it as to minimize any disturbance. 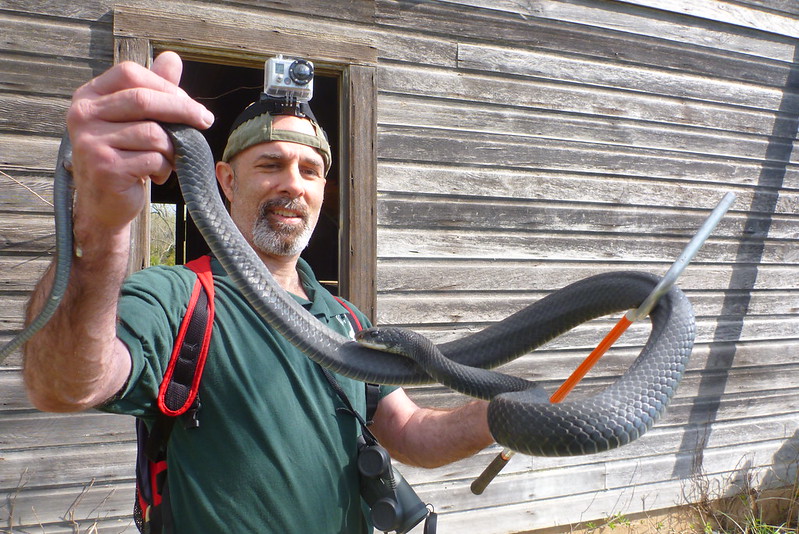 We continued to work around the property hearing all sorts of movement in the old buildings but didn’t investigate too much given we were short on time. On our way out Mike decided to flip a metal lid to a 50 gallon drum. Under it were a pair of mole kings!! Finding multiple snakes under the same cover wasn’t new but finding more than one king was a first for us. 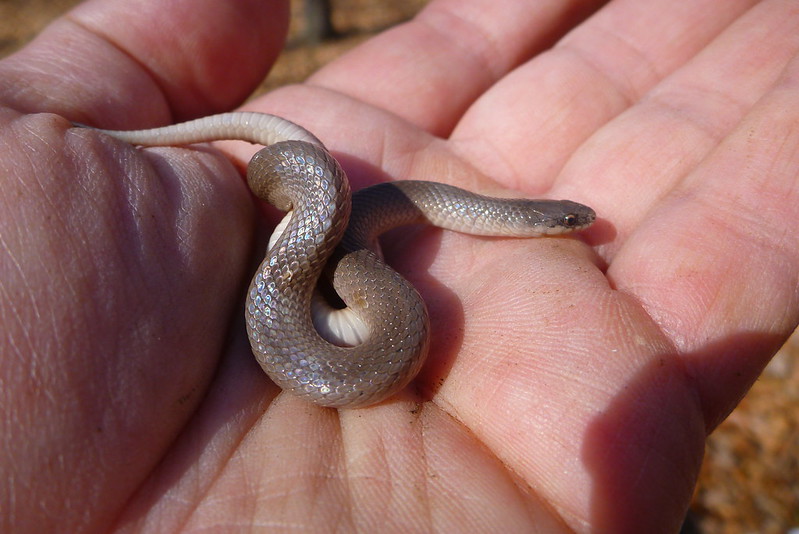 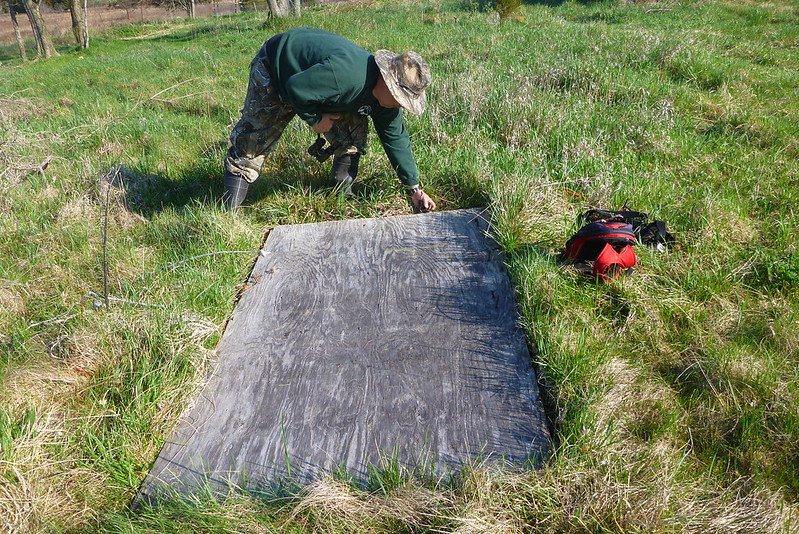 Our latest rescue and newest addition to our family. Meet Digger. An all around true JRT full of spunk and energy. We aquired Digger on March 4th from a foster parent who rescued him from a no kill shelter. A wonderful little guy and great companion for Petey and even the siamese cat has taken a liking to him. 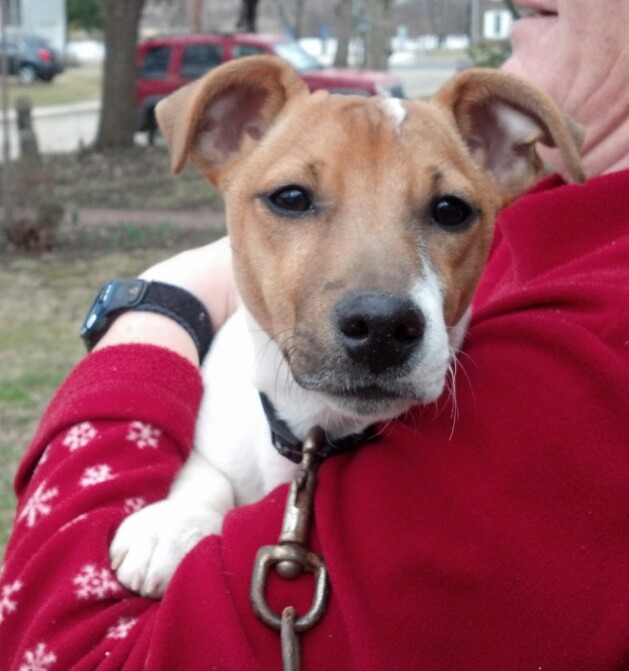