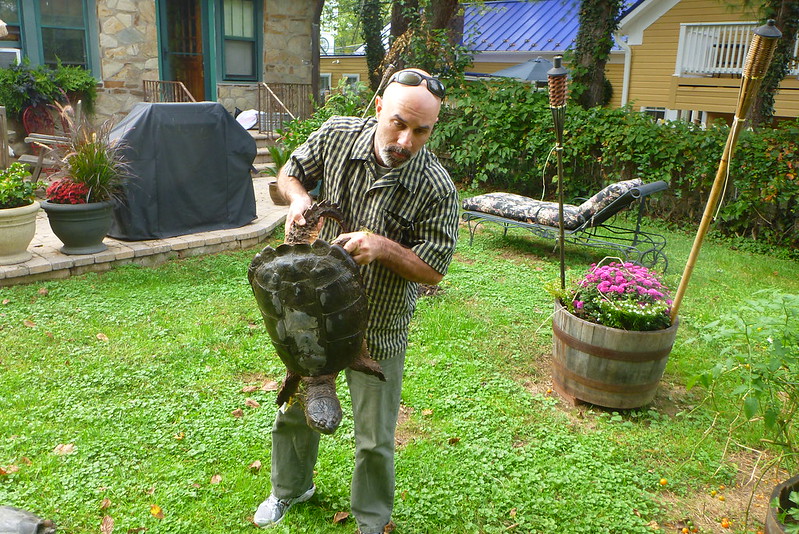 Today turned out to be quite a day for running into snapping turltes. We are well into the Fall season and the daytime temps are still pretty warm but nights are starting to chill a bid abd daylight hours are wanning into longer nights. I have been seeing a number of herps especially the reptiles, snakes in particular, crossiing the roads and mostly at night. But on this late Wednesday October afternoon it was snapping turtles that were the dominant encounters. I had received a number of reports from friends and people who know me that thet had seen large turtles crossing the roads this week and were asking me what was causing all of these turlte sitings? My thoughts, and only my opinion of course, is that the turtles are migrating towards new hibernaculums (or old ones) for the winter. The other thought connected with thi sidea is that given the weatehr on this day was quite warm but forecasters were predicitng a cold front with a significant drop in temp was heading our way in the next few days. Could it be that the turtles know this inately and were starting to relocate to more suitable temporary or permanent habitats. I dont really know for sure.

I was on my way to do a scouts program at the nature center driving down Clifton road this evening. About halfway to Braddock road I could see there was a car slowing ahead then as I approached to within a few yards the car spead up. As I went to accelerate I noticed a large object in the middle of my lane where the the car ahead of me had slowed down. It was a rather large snapping turlte in its typical defensive posture head tucked raised uo on its hind legs but fortunately unharmed. So I stopped my car put my flashers on and got out to help the turtle out of the road.

The turtle in my estimation was aout 10 -15 pounds with aq carapace length of about 1- 1.3 ft. I tried to locate a suitable release site but given that traffic was stopping and starting to build up I decided to put the animal in my car and cover it to keep it calm. But this encounter was peanut compared to the monster I caught the next day near my high school. A similar encounter as before but the difference wth this huge snapper was that I had to remove it fromm underneath a homeowners car. The turtle had crawled from the intersection of the road and decided to take up residence under a homeowners car in their carport. When I arrived to assess the situation I could see that their were some local kids attempting to use a fishing pole with the fishing line fashioned into a slipknot hoping to noose the goliath snapper. 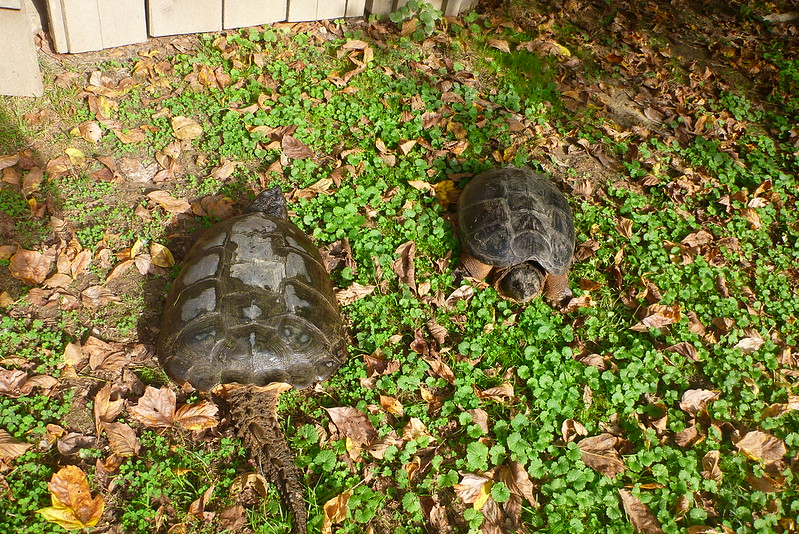 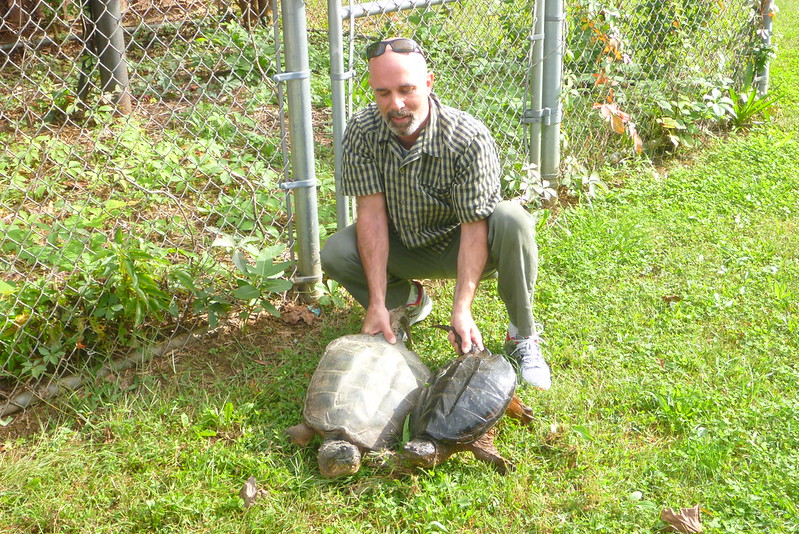