One method of handling a nonvenomous snake. In this example we demonstrate with a captured northern black racer and an eastern rat snake. 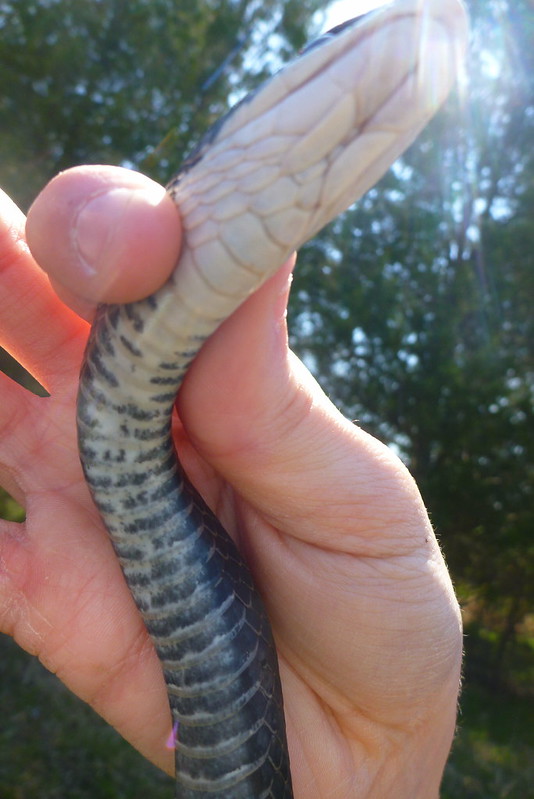 Best way to hold a nonvenomous snake, so as not to cause it injury, is to hold the snake in this fashion but slightly more towards the base of the jaws. This way doesnt constrict the trachea and allows the snake to breathe. 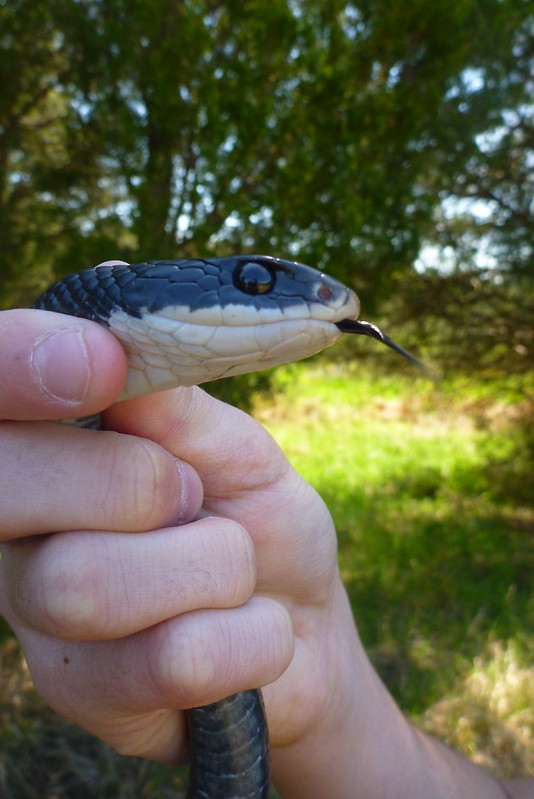 Also always try to suport the snake with the free hand or lay the snake on something so as not to have the snake suspended by its own weight while maintaining control of the head. 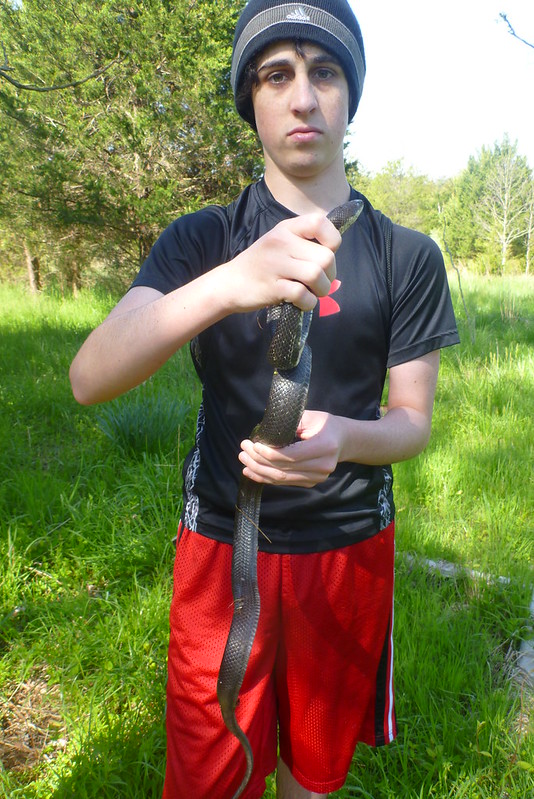 Sometimes a snake will bite and latch on. Try not to panic and rip the snkae free from its grasp. This will cause the snake to lose its teeth and render it unable to capture its prey. When a snakebites and latches on simply hold the head from the side along the back of its head and along its jaws and gently squeeze so as to allow the snake to articulate its jaw bones in a more natural way that will allow it to release from its grip.