Relic hunting in Virginia is truly an incredible experience. In this set of photos are one of many hut or fire pits left by soldiers who faught and camped at Brandy Station. 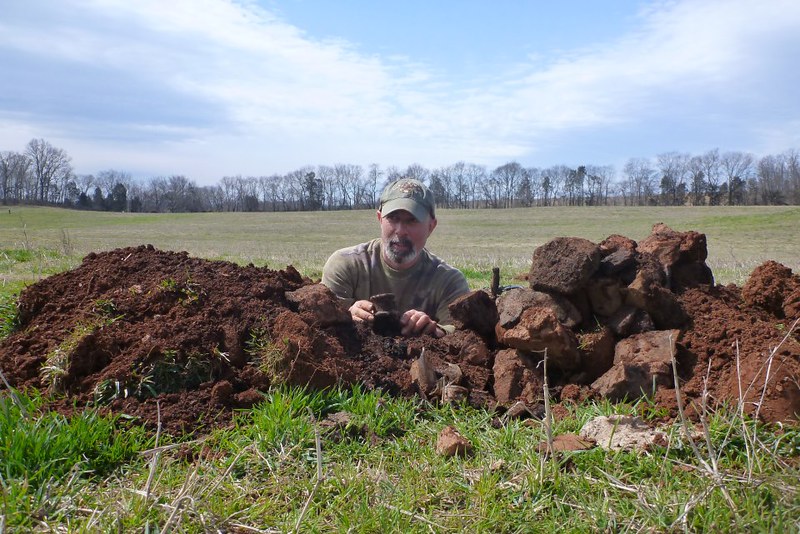 Above is a pic of me after digging out the fire place/trash pit. Here I am holding the top portion, one of three, broken, catherdral bottles. I was able to salvage one complete one however and most of a crockware style bowl. I also found a complete ration tin and 3/4 of a wiskey bottle. Other than that most everything was broken. While carefully removing layers of soil and ash it became evident why much of the bottles in this pit were broken. Many were found under or next to the large rocks that were no doubt used to line the fire pit. 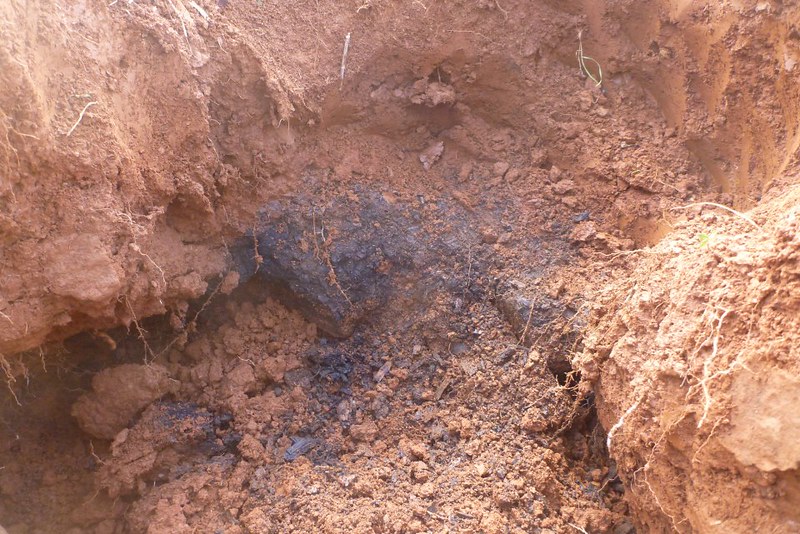 Above pic shows the the thick layer of ash from a fire lying roughly 2 feet below the surface of the soil.

Below is the one single cathedral bottle that I could salvage in tact from the fire pit. The yellow crockware plate just barely visible below the bottle was eventually recovered but not all the pieces were found. I kept what I could find and hope to rebuild what I have. 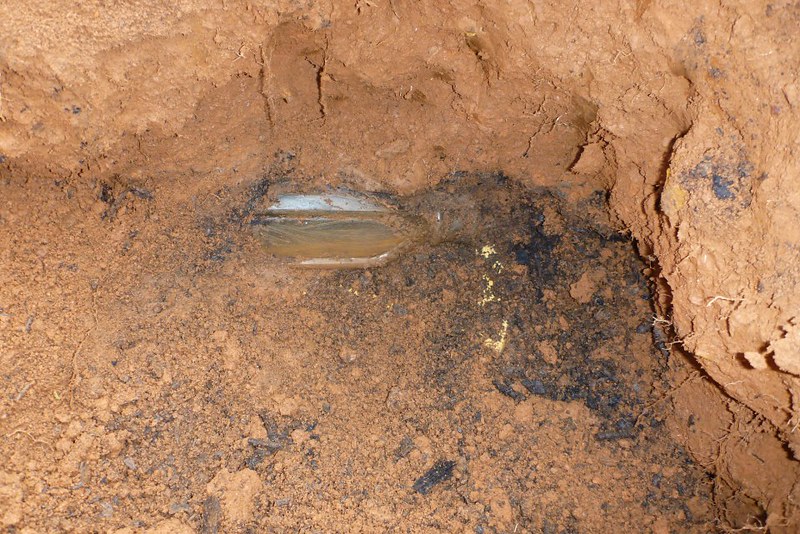