A very large northern black racer I caught around an old house site. I dont necessarily like to hold by the tail in this fasion but was trying to get the animal under some control so as to give a perspective of its size. My height is 5’6″ .  The area is mostly overgrown with tall grass and exhibits successional stages of cedars, pines and mixed hardwoods. In this area was mostly an open area of tall grass (a field) with numerous debris lying around. The combination of the two provides habitat for an abundance of rodents and hiding places for snakes like this one. Other snake species caught in the area include Eastern black rat, Mole king, Northern brown, Eastern worm, and Ring neck snakes. Other species are suspected but just haven’t been encountered yet. 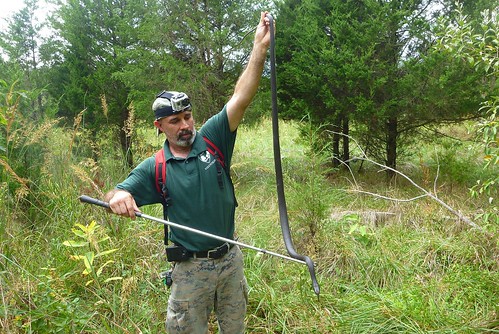