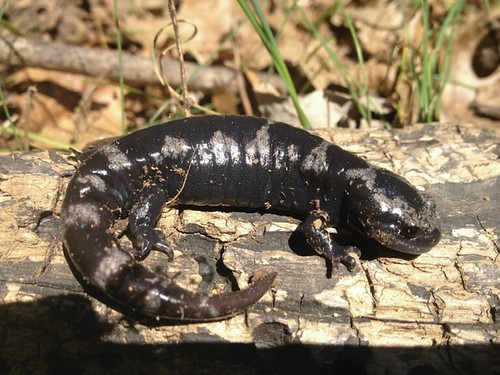 Above Marbled Salamander found by Mike during a an early morning walk along a wetland area within a Regional Park. Also found were a spotted salamander (below) in the same vacinity. Both species belong to a group of salamanders known as mole salamanders simply because they burrow after their done with their breeding season. The two often utilize the same vernal pools but breed at different times of the year and lay their eggs differently. Spots breed in late winter or early spring and lay their eggs in water. Marbled breed earlier on usually in the Fall and their eggs are laid in depressions on land near water where the eggs can be washed into vernal pools with the later fall of early winter rains. 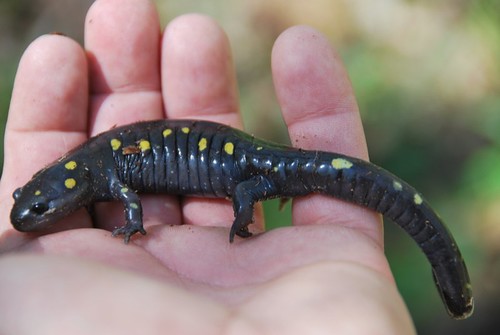