We have had several days of very warm and very dry weather here in Northern Virginia. But today relief finally came in the form of rain which lasted off and on throughout the day. The much needed rain made it ideal for night herping especially for phibs. I took my dog Petey for a walk around our neighborhood to see what types of critters were out . I checked the usual places such as drains, some creeks, and along roads that run near wet areas in town. During my search I found what appears to be a juvenile american bull frog and a couple of wood frogs laying in the road. 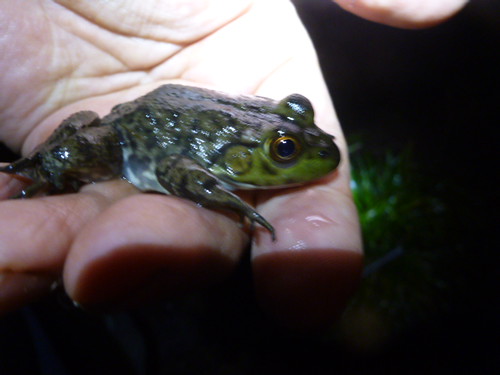 The bull frog seemed lethargic and allowed me to pick it up without a struggle. This is the second one this year that acted this way. The wood frogs were more active and more elusive when I attempted to pick them up. 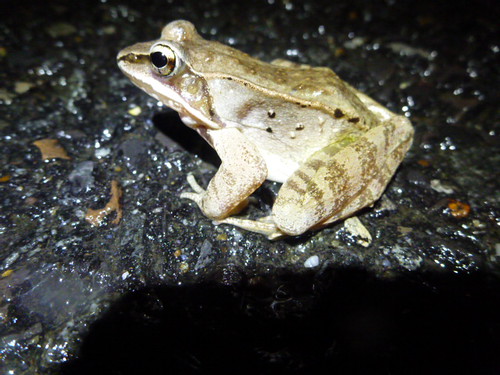 Wood frogs are very cold tolerant and are often the first phibs to emerge in late winter. Perhaps the bull frogs arent as tolerant to cold or cooler temps (and tonight temps were around 50-60 F) and that might explain their lethargic behavior. While searching for more phibs one thing was certainly evident and that was the sounds coming from nearby wetlands and vernal pools mainly from spring peepers and american toads.
After dropping off Petey I got into my car and headed out on the local roads and neighborhoods to see what might be out there. American toads were quite numerous and there were many that were killed by cars. One toad I found atually was secreting bufo toxin from its parotid glands. These are large glands found on the back of the head and behind the eye secrete a distasteful chemical that is toxic to some anmimals. To stimulate secretion requires significant pressure such as from a bite from another animal. 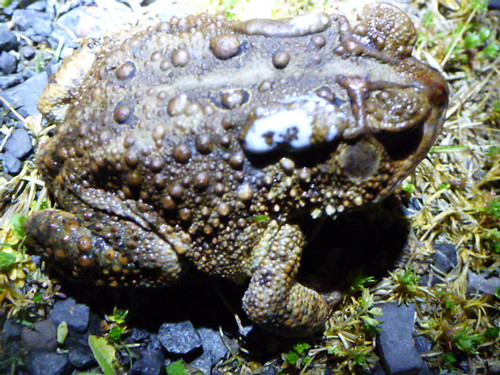 I know of a dog that once tried to eat or kill a toad by biting its head. The trama caused the release of the bufo toxin into the dogs mouth and the dog ran around in circles foaming at the mouth for sometime afterwards.

Other frogs that I found in the roads this evening were pickerel frogs. These interesting frogs exhibit intresting behavior in that they can vocalize while submerged under water. They also produce harsh skin secretions that are toxic to other animlas and is an irritant to humans. 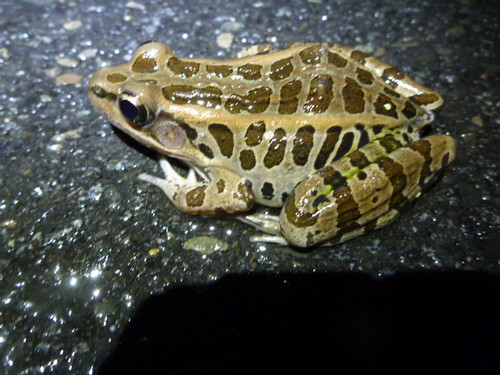 Frogs and toads were the dominant phib tonight both in abundance and in diversity. However I did encounter two species of salamanders tonight. One of these was the red spotted newt and the other was the the red back salamander. The red spotted newt that I caught tonight was not the adult form rather it was in its terrestial life stage otherwsie called a Red Eft. 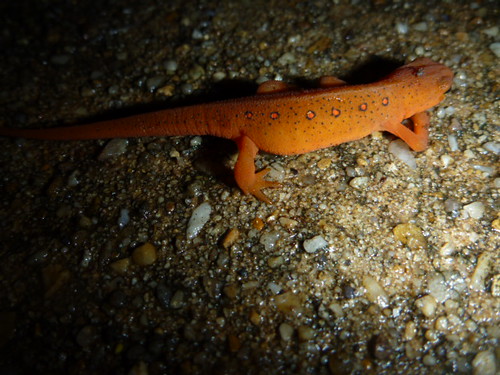 This is an interesting species having a four stage life cycle. Egg -aquatic larva-tereestial larva-aquatic adult. It had also ventured out into a road after the rain. I was able to rescue it fortunately but there were was another one that didnt make it. In fact there were many phibs of all types that were killed by cars. Finally as I made my way home from my rounds I dicovered an area that was very abundant in red backs both the red and gray morphs. These are highly abundant woodland sals found in our area. They are also lungless and have no aquatic stage as do other sals and frogs have. Their young hatch from eggs laid on land and the young look like minature adults. 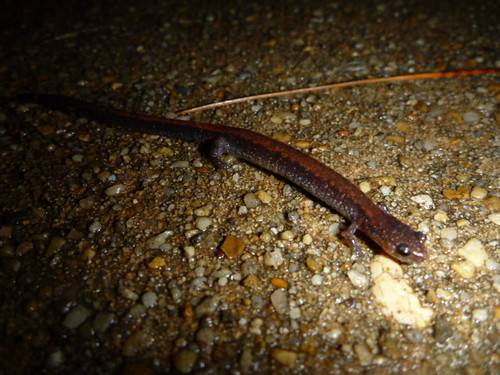