Explored part of the Bull Run river Watershed today to see what I could find in the form of flora and fauna. 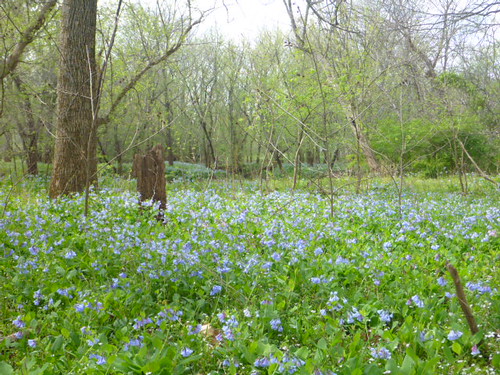 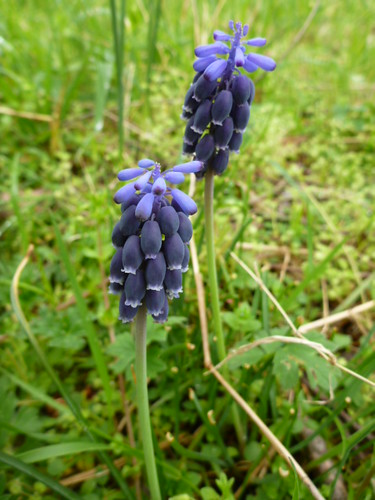 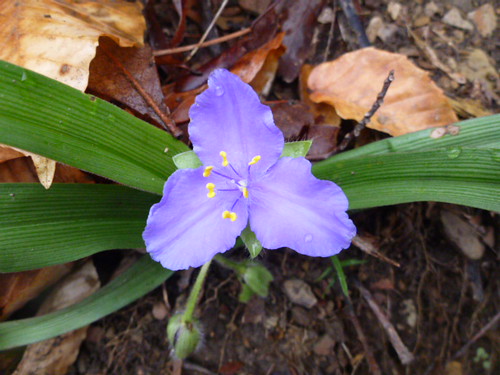 blue bells to name a few. 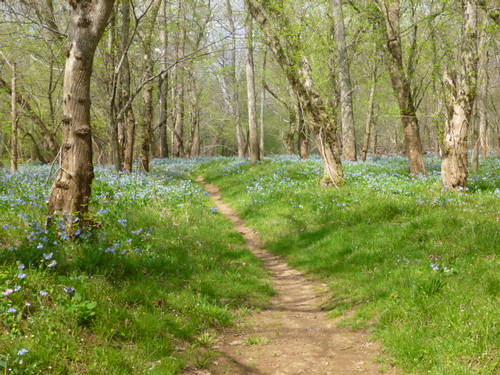 There were some neat fungi in fact a very large “polypore” looking thing that was the size of the old tree stump it was consuming. 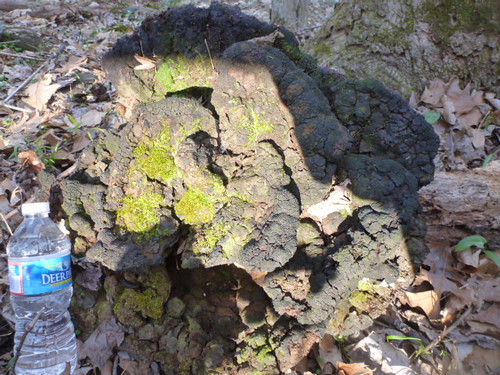 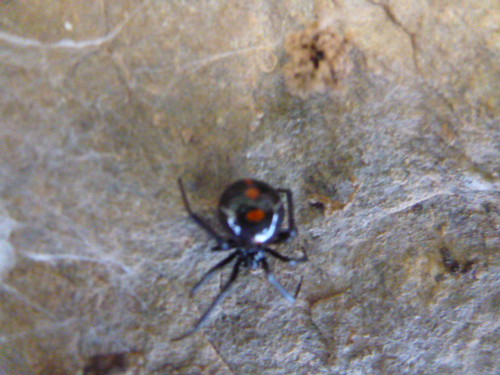 and two types of milipedes 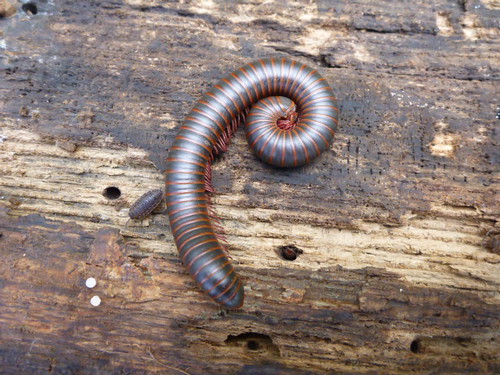 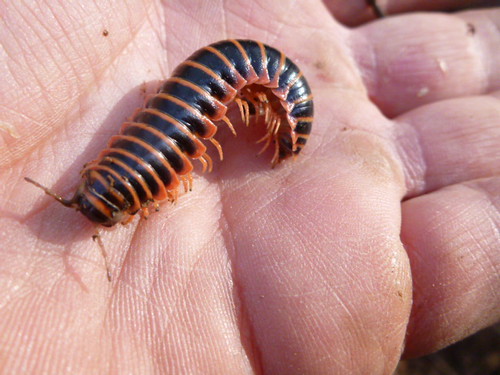 In the phib category I was able to find some red backs in both lead and red morphs. One red almost looked tan where the red should have been. There were plenty of two lines as expected, along and in the streams. Pickerel and green frogs lined the banks or were under dinner plate sized or larger rocks. One tree with its exposed root system from stream erosion, housed a pair of northern water snakes. Down stream I caught a quick glimpse of a pair of black ducks just before they took flight at the site of me. Wood peckers of different types- red bellied and pileated with and the titmouse and wren permeated the air with their drumming and songs. My favorite event of the day was capturing a queen snake foraging for food along the bottom of the stream.

Well we had a great turnout fot for the this trip to Elizabeth Furnace. However conditions were not the best for finding Jefferesons and for that matter Spots either. There had been quite a bit of rain the days before and the pools were “murked” up. Mike was able to capture a nice Jefferson and Spot almost immediately but after that it was mostly spots some Marbled Sal larva and a wood frog. In years past we have seen quite a bit of Jeffersons but the combination of arriving late in the season (3/3/2012) thereby missing the window of opportunity to see a mass breeding ritual and the heavy rains limited our sightings. No complaints here just wish we could have seen more Jeffs.

We did get to see a red bat (photo by Mike) and get some close up photos of it as it periodically rested on a tree next to Passage Creek.

WOW! What a trip this turned out to be. Mike and I decided, at last instant, to take the trail west of here to the mountains and valley of West Virginia. Our target was Dolly Sods National Forest and our objective was to locate and find the notorious Milk Snake. Needless to say we exceeded our expectations finding four diffrent species of snakes three of which we have never encountered before thanks to Mike who discovered all four species. In addition to the snakes we found at least four different salamanders belonging to the genus Plethodon and Desmognathus.

Milk Snake Encounter (below) found by Mike Gregory. This is the snake that Mike and I came all the way from Northern Virginia (a spur of the moment decision) to locate and photograph this animal. In addition to finding this snake Mike also found a smooth green

I was able to find two ring neck snakes – a species very common to our area. Way to go Mike!!!


Milk Snake Capture and Release
Watch this video on YouTube.

Mike his wife Andrea and I went for a little cruise over to Banshee Reeks Nature Preserve today in search of new flora and fauna for our life list. Weather conditions were excellent sunny around 80 degrees and low humidity. The preserve,located off the beaten path accessible from Evergreen Mills road in Loudon County, is an 1840’s dwelling situated on rolling open hills and some areas of mixed forest adjacent to Goose Creek.

Today we set our sites on birds along Goose Creek and the adjacent riparian forest that separates the creek (more like a small river) from the open rolling hills meadow habitat leading up to the Natue Center.  Birding quickly turned to amphibian searching given that many of the birds chose to be high in the densely coverd canopy and  could only be identified by their calls . We prefer to see things!!!  We caefully lifted a few logs and and rocks near the creek and found two species of Salamanders.

(above: Mike checks for more salamanders in spring that feeds into Goose Creek.

Both of the same Genus Eurycea but two different species the common names of which are known as longtail and two line salamanders.

Further along the trail Mikes wife Andrea discoverd a garter snake and some juvenile spring peepers.

Overall a fun time and new site to explore in the future.

Below me holding one of the two juvenile spring peepers Andrea found. Above: That’s me in the marsh looking out over the Occoquan River. I sit here typing away at 3:55 am with not one but two swollen hands from bee stings received yesterday while conducting a survey for VHS and the Fairfax County Park Authority. Today was a good day as far as weather was concerned-couldn’t ask for nicer conditions. Clear skies and temp ranged between 70-80 degress.  From the start it appeared that this might turn out to be a species rich site. Almost instantly I recovered a skink and our VHS survey leader a beautiful spotted salamander. Another participant found a worm snake. Worm snakes turned out to be the most abundant finds amond the reptiles recovered today. This small water turtle was found on land. Unlike other aquatic
turtles, this Mud Turtle will feed out of water. Note the double hinge
and 11 scutes on plastron. Black widow spider above and indian pipe plant below