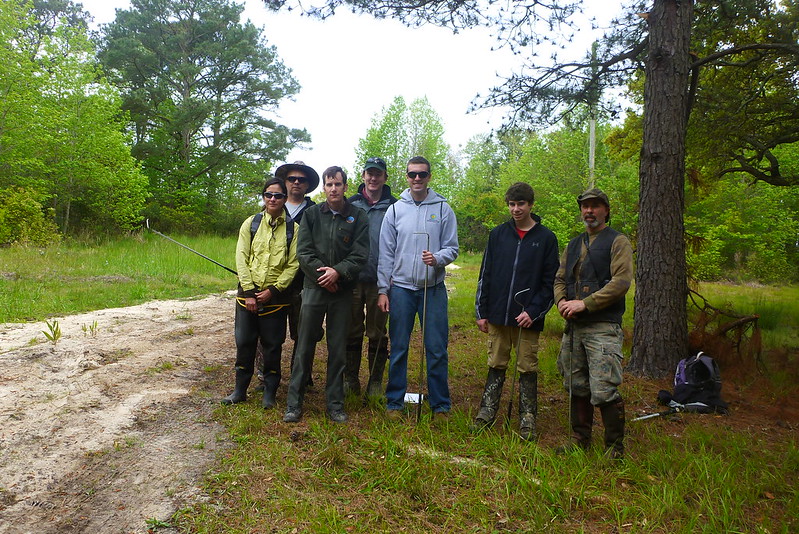 An official and legal survey of The NWR and False Cape Park in conjunction with the Virginia Hematological Society took place from May 3-5 2013. There were total of 8 teams of surveyors ranging from scientist to ordinary novice herpers all volunteering their time to help the Refuge and the park service get some insight into their herp inventory. Weather conditions were not the best with temps reaching at most 60 degrees but with partly cloudy skies and a brisk onshore wind made it feel much colder. Nonetheless the show went on! Each team was assigned a zone which covered more than 6 miles in length from the Backbay NWR in Virginia Beach all the way to False Cape State Park bordering North Carolina. 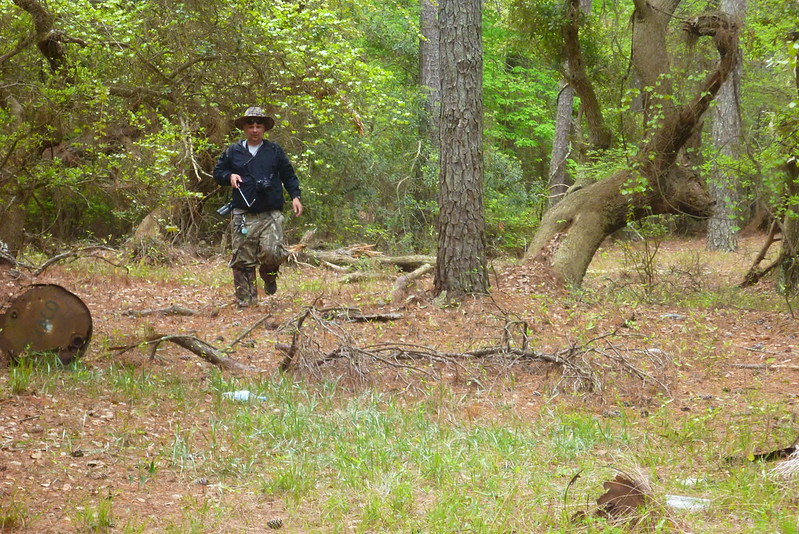 Even with 8 teams totaling nearly 80 participants was no enough to thoroughly cover the area. The teams were assigned group leaders and were given designated zones to survey. These zones included habtiats of open areas with pools of water known as impoundments which were further separated by dykes. 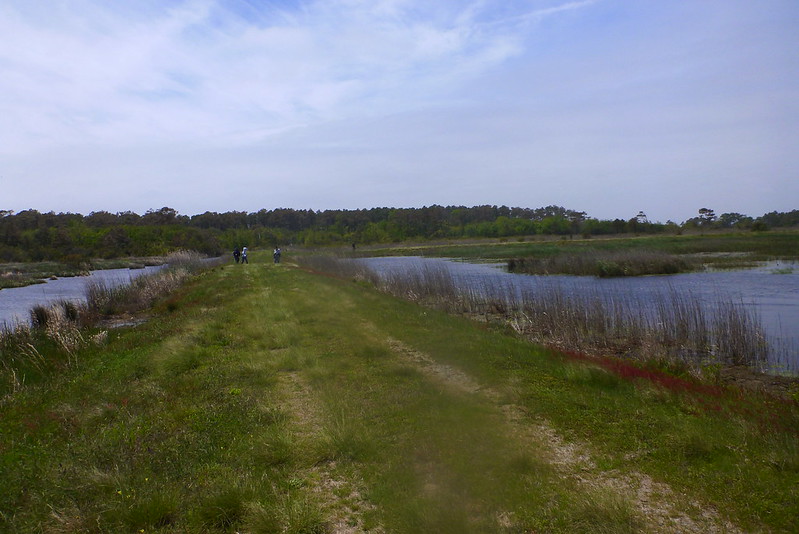 The impondments occupied the open area that separated the dune beach and ocean eastern coastline from the marsh and bay area to the west. There were also sections of maritime forest mostly dominated by live oaks and lob lolly pines. 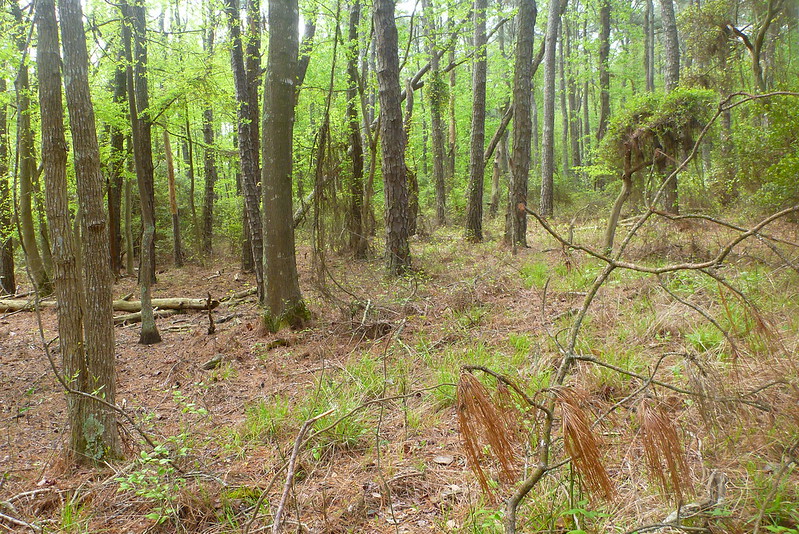 Within forested areas were an abundance of low lying vernal pools and wet areas. 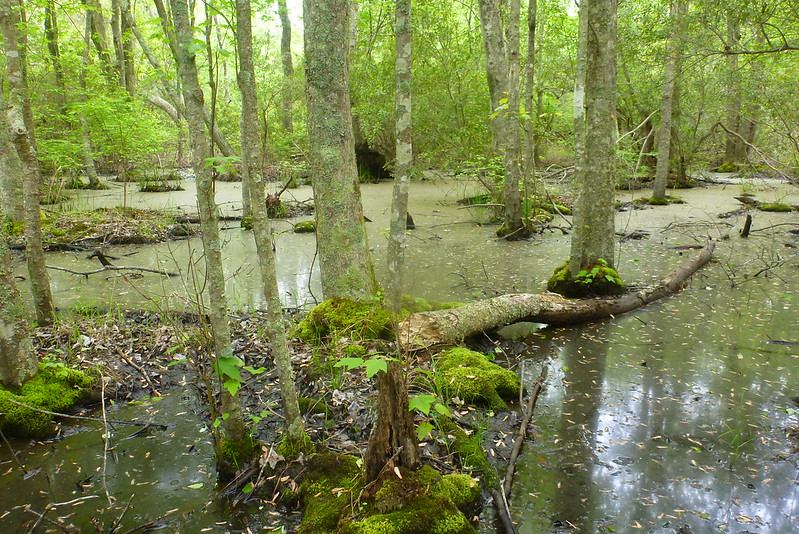 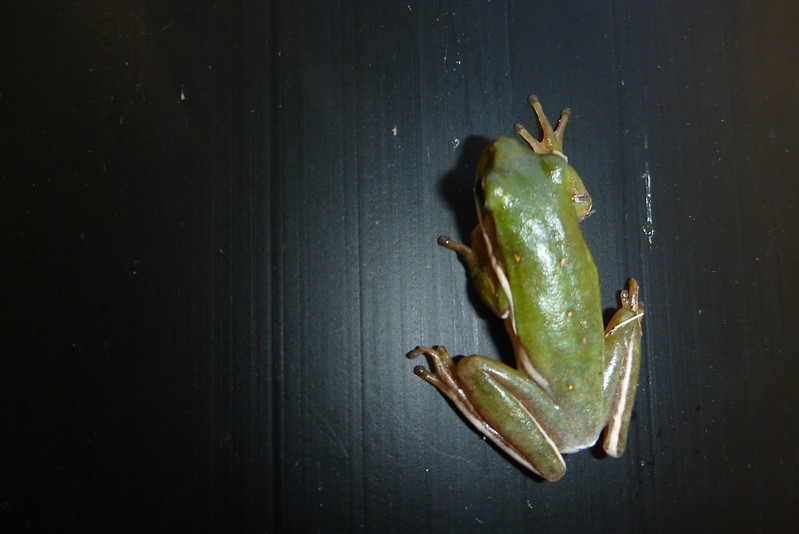 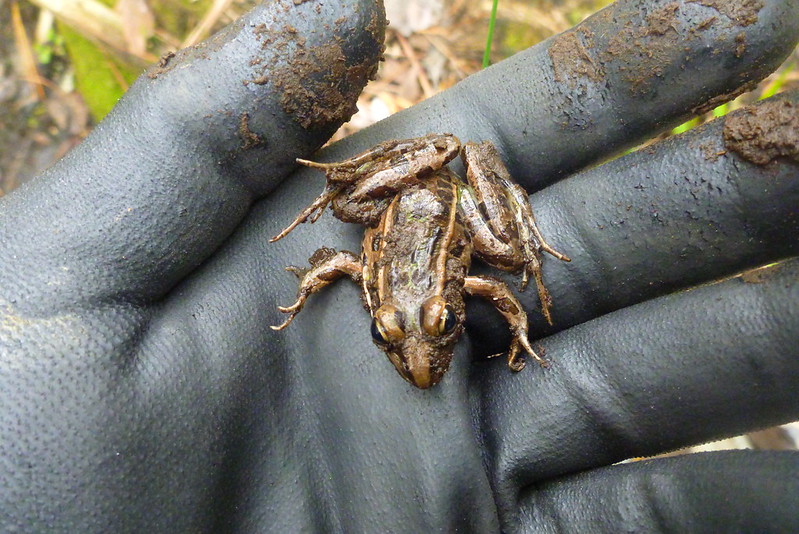 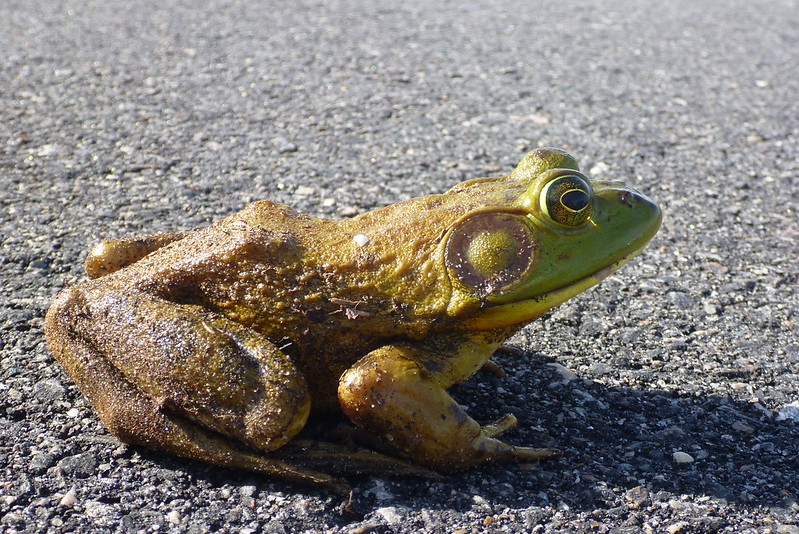 fowlers toads and sothern toads. Snakes were high on the list among the herpers. This area is known for its high density population of eastern cottonmouth moccasins. 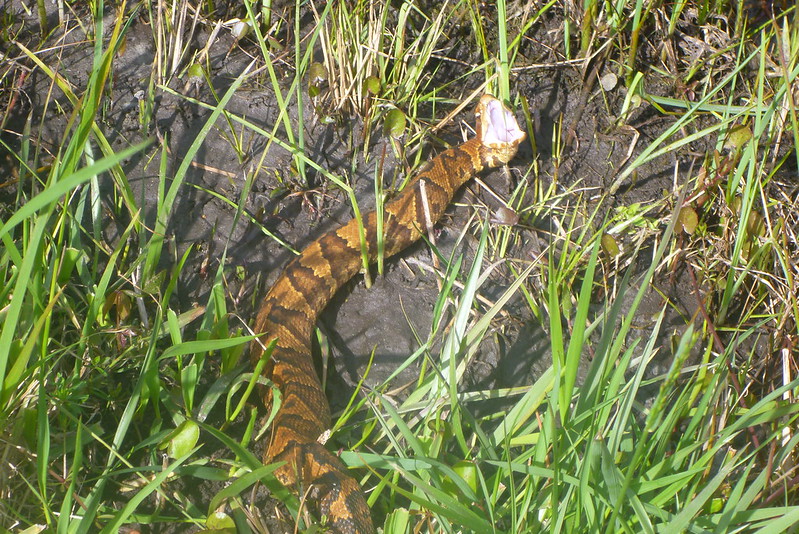 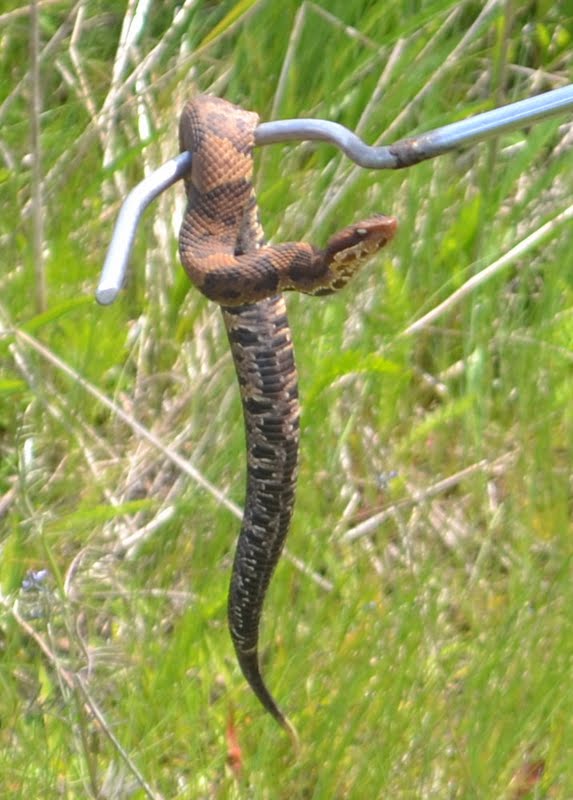 Moccasins are venomous are are cryptically camouflaged. On this trip almost every one found or caught one without incident. Other snakes found were northern black racers, brown water snakes, northern or common watersnakes, red bellied snakes, eastern rat snake and a garter snake. 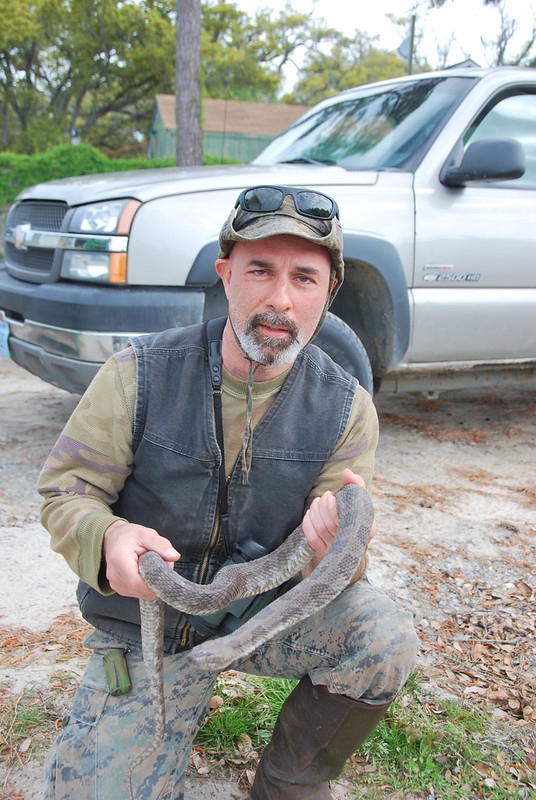 The one snake most highly prized was found by my group. 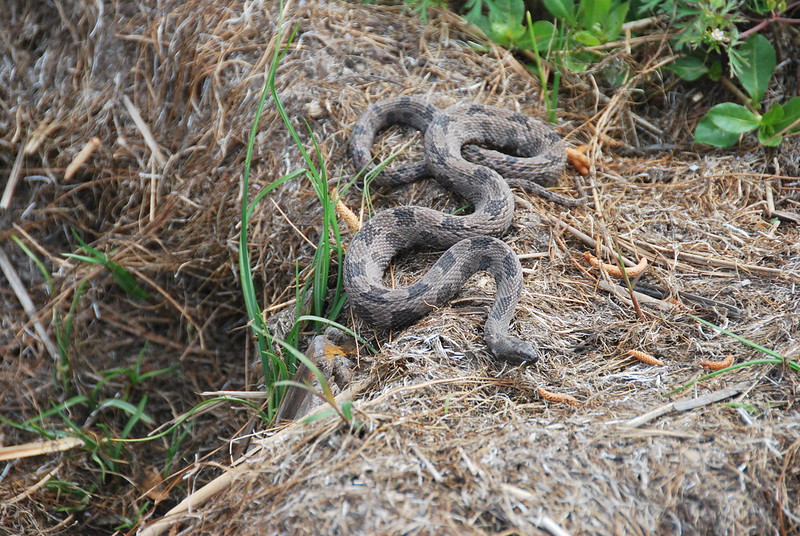 Rainbow snakes are seldom seen due to their preference for certain types of foods and habitat requirements. We were fortunate enough to stumble upon one by accident. No salaamders were reportedly found. 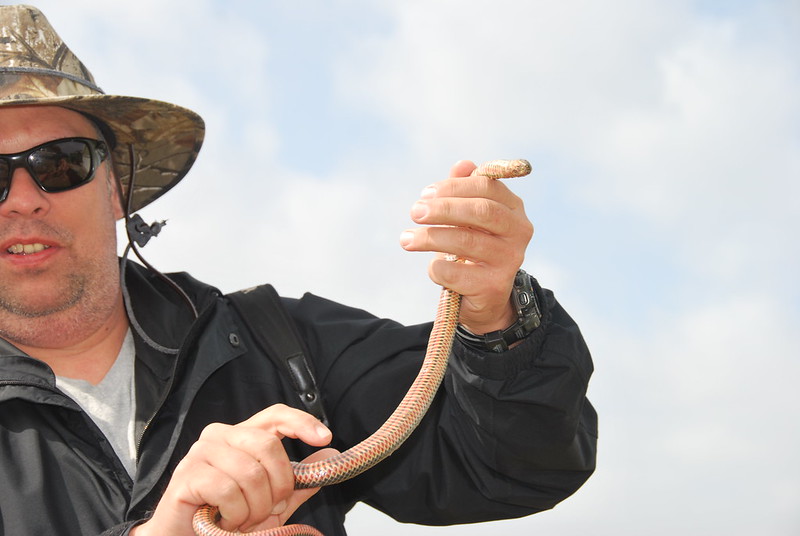 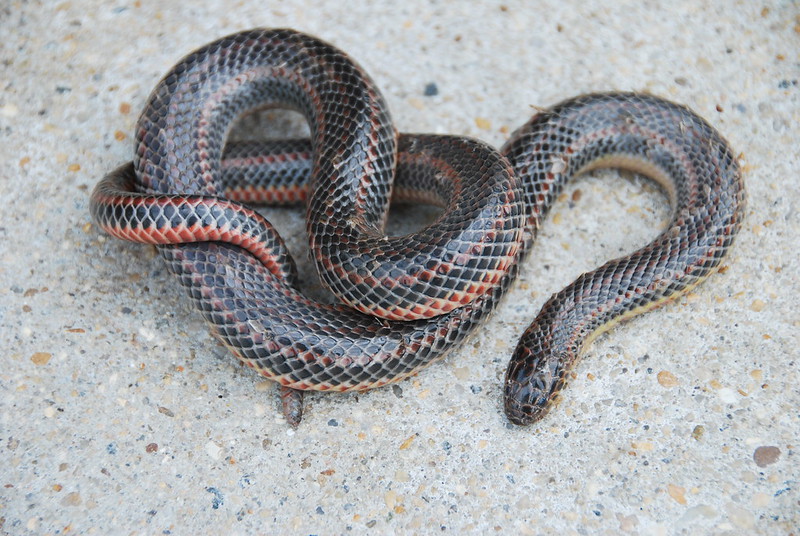 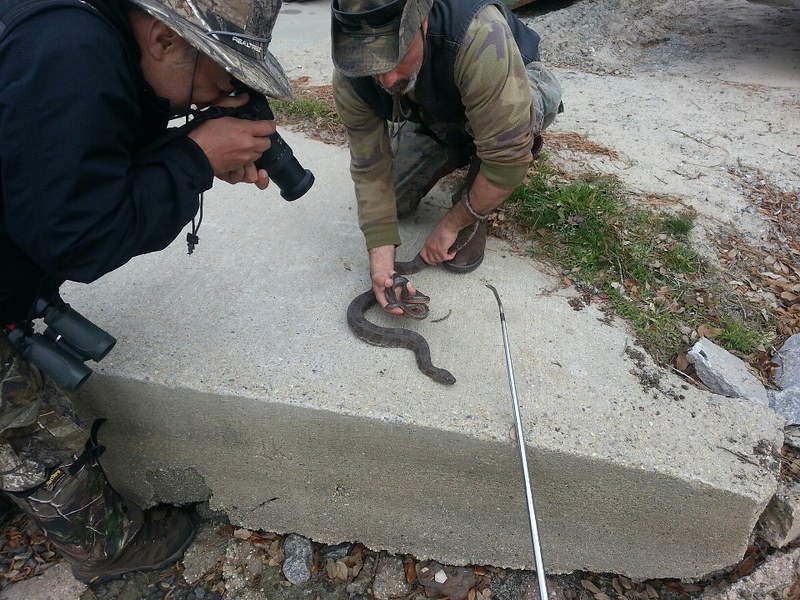 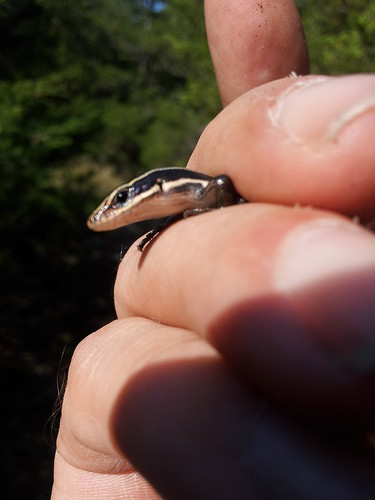 Black Racers C.constrictor under cover board
Watch this video on YouTube. 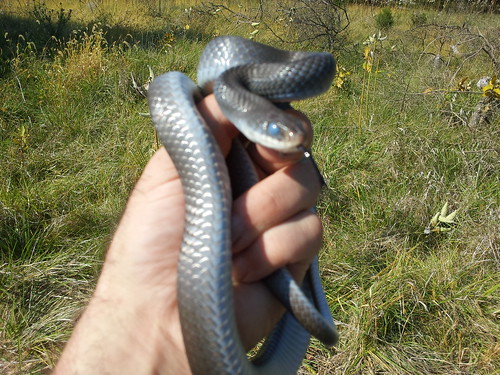 3/21/2012 Found this little brown skink as it is commonly called (Scincella, lateralis) today near 8 acre park. This is the first one I found in Clifton usually I find them in wooded areas along the coastal plain. This native skink is VA smallest lizard reaching snout to vent length around 2.5 inches and overall length somewhere in 5.5″ if you include head to tail tip. These guys are so small and pretty quick that they are often heard rustling through leaf litter but seldom seen. 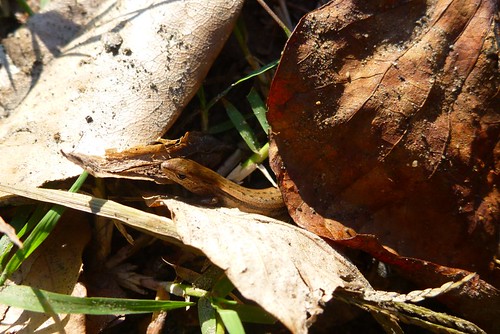 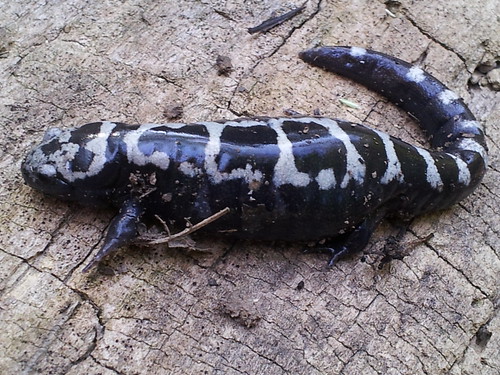 As you can see a nice diversity of common species (only exception is the little brown skink found day before) in just two hours and certainly better than waiting around for 11:00 am to arrive when I am summoned to help with grocery shopping and all that good stuff that husbands and wives do on Saturday mornings 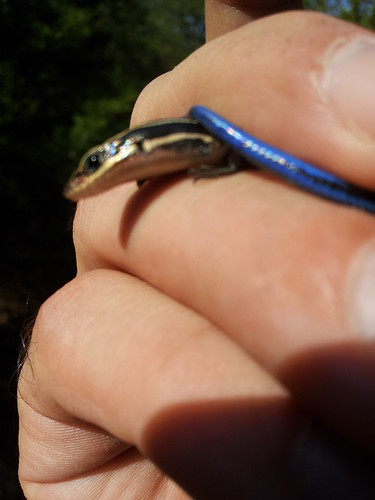 Two and a half days of demonstrations lecture and hands-on experience with reptiles at the Catoctin Zoo in MD. BElow are some of the memorable hands on experiences with four speices of Elapids and two species of Vipers. The Elapids in this case cobras- the Russian Cobra, the Monocled Cobra, the Spitting Cobra, and the Forest Cobra. The Vipers included Gaboon and Rhino Vipers and Pit Vipers Panam Rattle Snake, Eastern Water Moccasin, and Northern Copperhead. 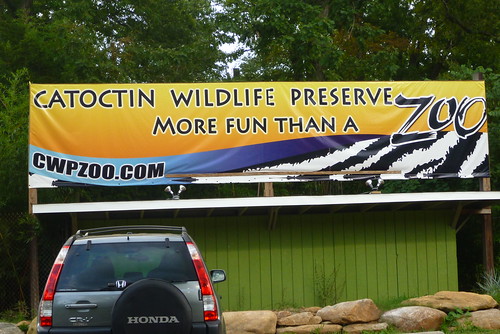 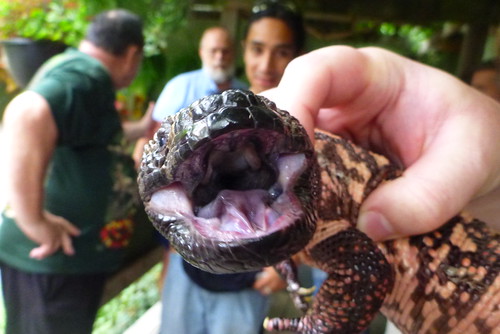 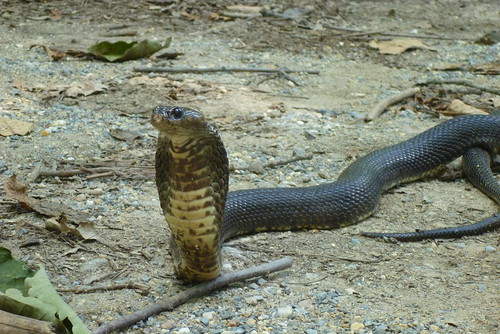 00037
Watch this video on YouTube.
Basic Training for Me Forest Cobra 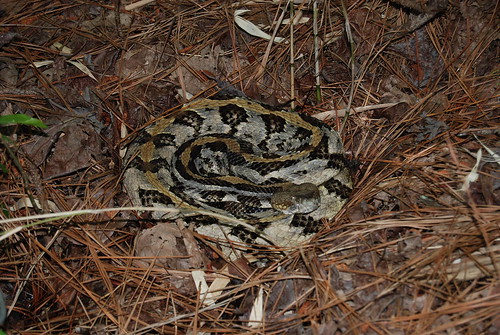 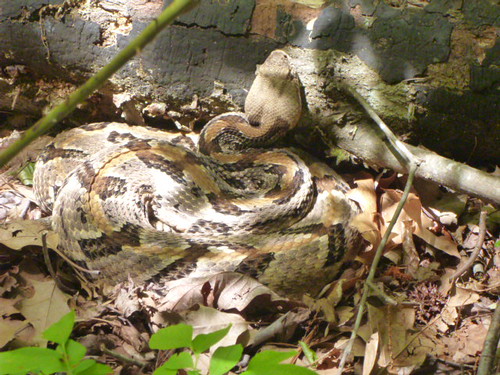 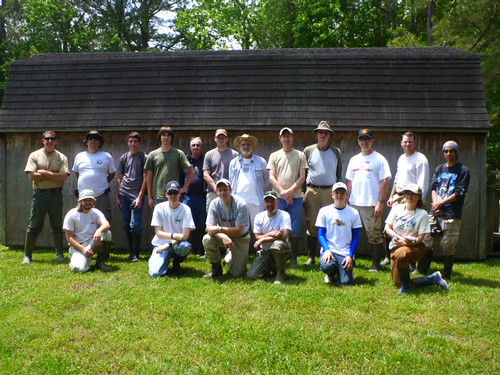 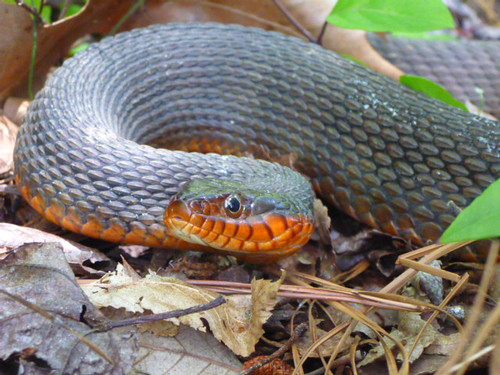