Walked Bull Run from Poplar Ford to the Stone Bridge. I have always been curious to see the boundary line that separated the two opposing forces during the first major battle of the Ameican Civil War. The weather has been extreme with record setting temperatures and little or no rain. The Run was probbaly only down a foot maybe two and we seldom reached depths past our waste. The bottom along this stretch was pretty firm with very little soft silty areas. Water was relatively clear but there was very little vegetation. Along the way there were numerous fish and we did stumble upon a few musk turtles.


Stinkpot-Common Musk Turtle -Bull Run
Watch this video on YouTube.
The run was also suprisingly clean of solid waste especially when compared to the areas south of the rte 28 bridge where the trash is becoming a problem.
On our approach to The Stone Bridge somewhere along the vicinity of Farm Ford the bottom was solid rock. The bottom rock seemed to merge with a high bank also made of the same rock- a sand or mud stone. This is where we found an abundance of different ferm like plants, mosses and liverworts, and sedum just to name a few. There was also some neat looking Geology in the nearby cliffs. 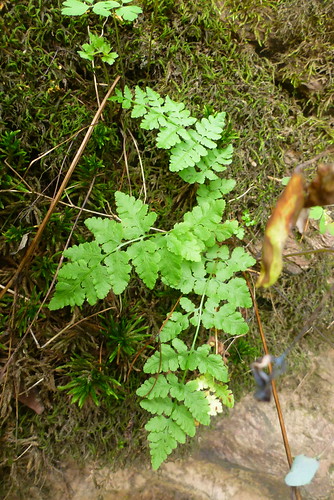 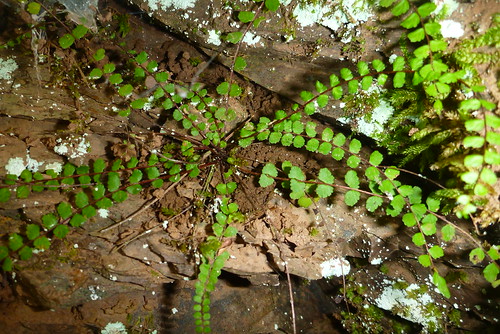 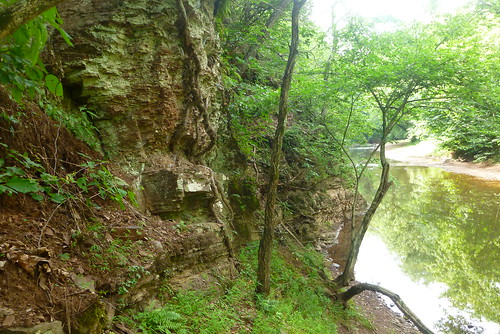 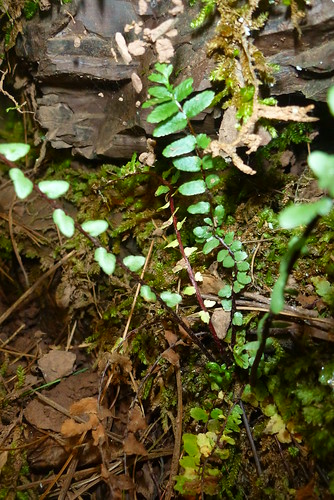 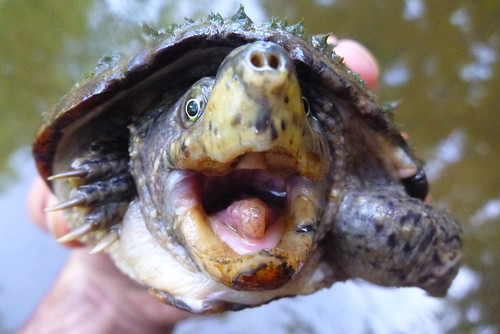 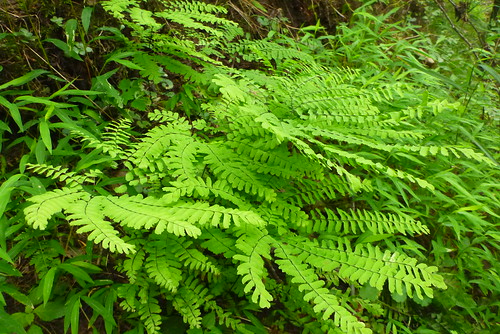 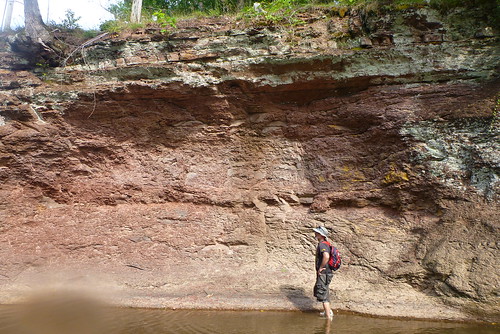 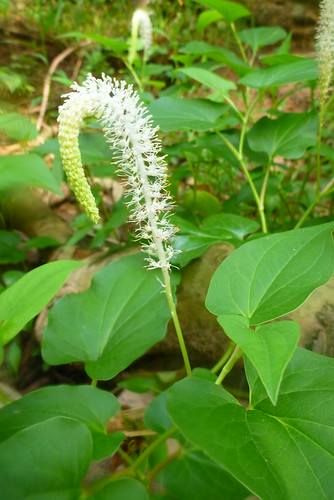 Unknown Flowers above. No basal leaves evident. Growing out the side of a bank along Clifton Creek Road. It was th only one like it as far as I could tell. Flowers above are Phlox. These are relatively common along Popes Head Creek in town this time of year. Went out along Johnny Moore Creek this eveneing.   Didn’t have a lot of time to search thoroughly but was able to observe a few interesting plants in the short time of my visit Spleen wort (above) growing from the ruins of a dam that was once a part of the old Detwilers Mill.

Lycopods on forest floor (below). Starting to see a lot more of these wild flowers near the riparian zones of Bull Run, Popes Head Creek, and Rocky Run. The excessive snow fall from winter of 2009 2010 and the abundant early spring rains have produced nutrient rich sediments along the banks of these water ways.  The result, based upon observations by locals, seems to be a bumper crop of blue bells along the riparian zones of these streams.  This photo was taken at Walney EC Lawrence Park

Checked on the vernal pools in the 8 acre park this afternnon. Alive and well. Observed wood frogs, numerous tad poles and egg masses. Toads were vocal preparing to add their future generations to the pool.  Some nice bloodroot blooms could be found at the western end of the trail too. Toad with partially air filled vocal sac ready to call in the females. I wish I could get closer or had a stronger lens!