Unfortunately did not have a good camera to get a close up but here on the ground eating a skunk in the flood plain is a majestic bald eagle. Its not the first time eagles have been spotted in Clifton either scavenging on dead deer or soaring above the town. Its interesting to see though that it is further inland than I would have expected. I usually see them along the Potomac River area. 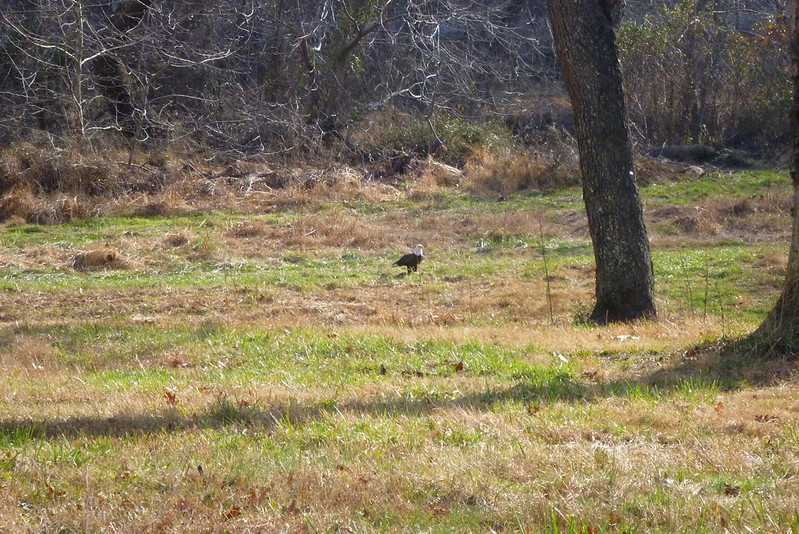 I tried to get closer to get a better shot but as expected it flew off. At least it had a decent meal beforehand. Below is the remains of a skunk on wich it was feeding. What is not clear is whether or not the bird killed the skunk or was scavenging it. 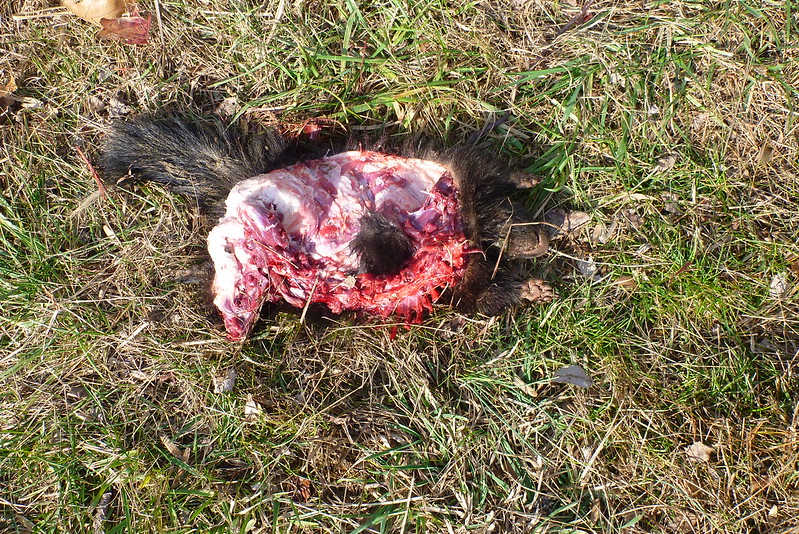